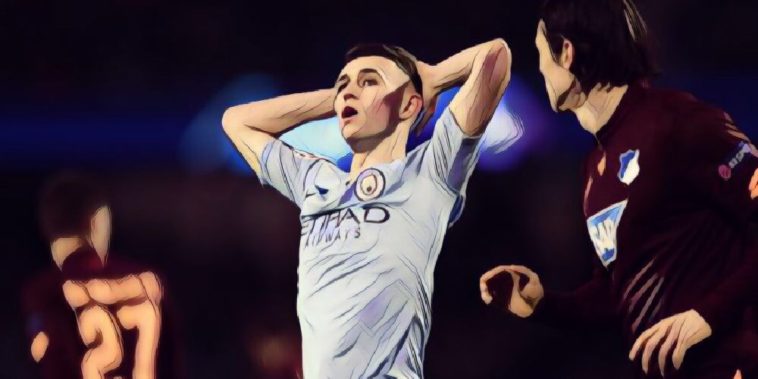 Pep Guardiola was happy that his Manchester City side got what he described as a ‘good’ result against Hoffenheim this evening, although he wasn’t overly impressed by the performance.

Man City went into the game with just 15 first team regulars available, with the Premier League champions still needing a point to secure top spot in their Champions League group.

They fell behind against German side Hoffenheim after just 15 minutes though when former Leicester forward Andrej Kramaric netted from the spot, before a first-half Leroy Sane brace secured all three points and passage through to the last 16 as group winners.

Speaking after the game, Pep Guardiola said his side started the game ‘flat’:

“We are in the best 16 and now we are going to see the draw, and arrive at the right moment,” Guardiola told BT Sport.

“We started flat because Hoffenheim were so demanding about how they attacked the space and physically they were stronger. Then we started to play. But the result is good – we are first.

“Sane was aggressive. The first goal was incredible but the second was lucky because the control was not quite good, but he finished.”

The former Barcelona boss took the time to praise young English midfielder Phil Foden, who was handed a rare start this evening thanks to the injury sustained by City playmaker, David Silva.

On Phil Foden: “He was incredible. We don’t have any doubts about his quality. He has to compete with David Silva, Ilkay Gundogan, Kevin de Bruyne etc but he can do everything. He is a fighter, can score goals, has the body shape. He is only 18 years old. We didn’t have any doubts that he can play at the top level.”