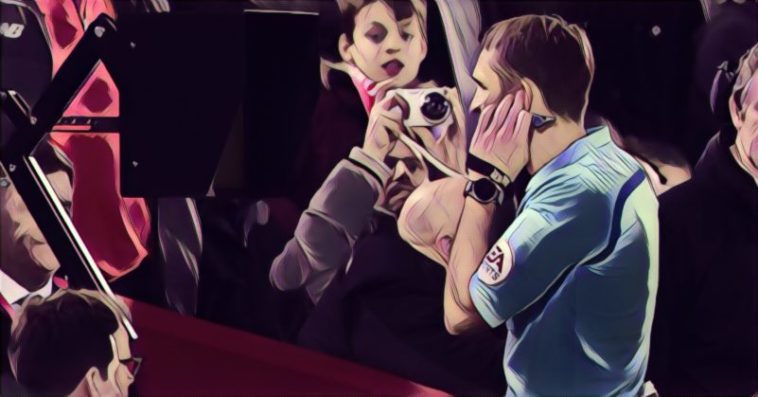 Premier League chiefs met yesterday and a majority of the 20 club’s voted against introducing the Video Assistant Referee (VAR) system for the 208/2019 season.

As we reported yesterday it had been widely expected that the vote to use VAR next season would be rejected at the top-flight club’s quarterly shareholder meeting, due to concerns over the controversy the system caused when trialled during the FA and Carabao Cup competitions this season.

However, Premier League clubs have agreed to continue to test the system during selected match days of the 2018/2019 campaign  and they will also watch with interest when VAR is used during this summer’s World Cup in Russia.

Runaway league leaders Manchester City and their manager Pep Guardiola were one of the clubs who backed VAR to be rolled out next season, and the former Barcelona coach has pointed the finger at rivals Manchester United and Chelsea for blocking its introduction.

“I think Manchester City agreed to it but the other top teams, United and Chelsea I think, they didn’t want it.”

“I think, sooner or later, it will happen,”

“I don’t have an opinion if it works or not. Maybe, in the beginning, it doesn’t work, but that’s good. Next time, it will be better and more efficient.

“The referees know and they announced, ‘We need help’. When that happens, the system will be better, quicker and more efficient. The longer we use it, the more efficient it will be.”