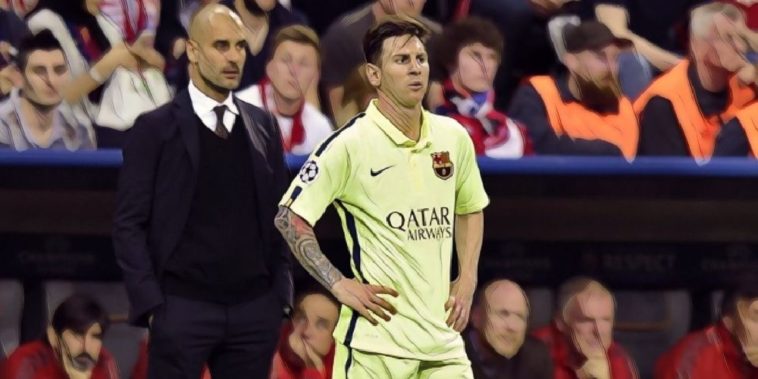 Pep Guardiola has played down suggestions that Lionel Messi could leave Barcelona and insists he wants the forward to remain at the Camp Nou, despite speculation linking the Argentina international with a move to Manchester City.

Messi has made headlines this week following a much-publicised spat with Barcelona chief and former teammate Eric Abidal, the 32-year-old taking exception to comments from Abidal questioning the attitude of the Spanish side’s squad during the ill-fated reign of former manager, Ernesto Valverde.

The six-time Ballon d’Or winner would respond via his social media, writing on a post on Instagram: “I honestly do not like doing these things, but I think everyone has to be responsible for their tasks and take care of their decisions. The players are responsible for what happens on the pitch and we are also the first to recognise when we’re not doing well.

“Those responsible for the sports management must also assume their responsibilities and, above all, take ownership of the decisions they make. Finally, I think that when talking about players, names should be given. Because if not then we are tarred with comments that are said and are not true.”

The row between Messi and Abidal has intensified speculation that the club’s record goalscorer could look to depart at the end of the season, with Man City reportedly at the front of the queue for a player whose contract contains a clause that would allow him to walk away from the Camp Nou for free this summer.

Despite the reports, however, Guardiola has played down talk of a Premier League move for Messi, admitting he believes – and wants – his former player to ‘stay in Barcelona’ and finish his career with the Catalan side.

“He’s a player from Barcelona. He will stay there. That is my wish: stay in Barcelona,” Guardiola said at his pre-match press conference.

“I think he’s going to finish his career there.”

See also – 10 of the best quotes about Lionel Messi