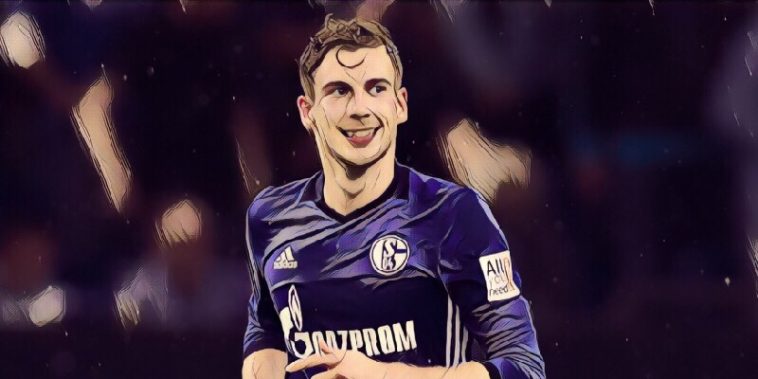 Liverpool have agreed a deal to sign Bundesliga ace Leon Goretzka, beating a whole host of Premier League clubs to his services according to reports in Germany.

The midfielder has just six months remaining on his deal with his current club, Schalke, and has made it clear that he will not be extending it as he seeks a new challenge in his career, meaning that he can leave on a free transfer in the summer.

His talent and contract situation has alerted a number of Premier League clubs, with Tottenham, Arsenal and Manchester United all having been linked in recent months.

However, according to German outlet Bild, it is Liverpool that have agreed a deal to sign the 22-year-old. The midfielder has scored four goals in just 12 appearances for Schalke this season, as well as scoring six goals in nine international caps for Germany in 2017 alone, and will be hoping to be on the plane to Russia for next summer’s World Cup.

Last month, Germany legend Oliver Bierhoff confirmed that Goretzka would be moving to the Premier League.

“We feel that England, because of the amount of money you have with TV rights, young talented players like Leroy Sané and Leon Goretzka are moving to England and this is not good for our league but also for the quality of our game.

“We have to pay attention and invest again and again in the education of our coaches.”

If these reports are correct, Liverpool could have a formidable midfield for the 2018/19 campaign, having already secured a deal to sign Naby Keita from RB Leipzig, although it looks increasingly likely that Emre Can will be leaving the club on a free transfer, with Juventus keen on signing him.