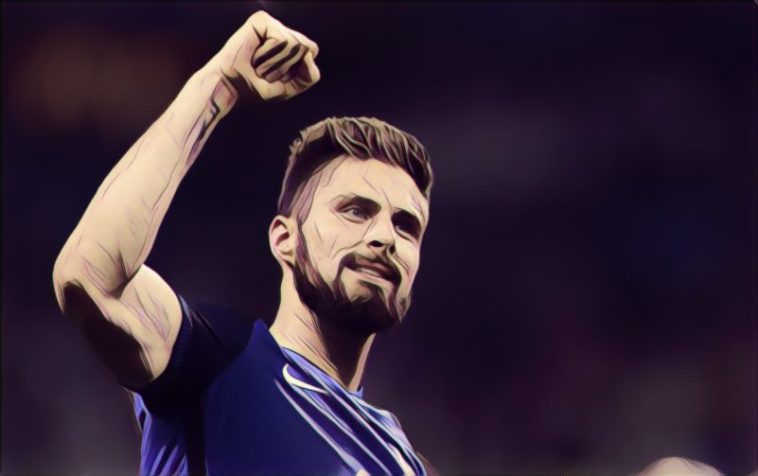 France striker Olivier Giruod has admitted that winning this summers World Cup in France has fulfilled his childhood dreams.

The Chelsea striker has come in for plenty of criticism for not finding the net for Les Blues in Russia this summer, but the former Arsenal man revealed that he uses any negativity directed his way as motivation to succeed.

“Not bad, it’s a great feeling – I mean, ‘it’s coming home!’ I had to say that,” Giroud told reporters as Les Blues arrived back in France.

“Honestly it’s a dream come true, a childhood dream. I am very proud for all the people who supported us, and myself.

“It has been sometimes difficult you know but it is a privilege for me to be part of this team. We have been very solid, very strong all the way, until the end. And I think it’s well deserved.”

“All of my career I have been, how can I say… I have been through certain difficulties and I have always tried to make it.

“It motivates me to get better and better and go through these difficulties and it is what happens in life when you are really motivated, determined, committed, it is never easy.

“Football is very hard and people see only the nice part of the job. But we work very hard for this achievement and I am very proud to say I am a World Cup champion.”