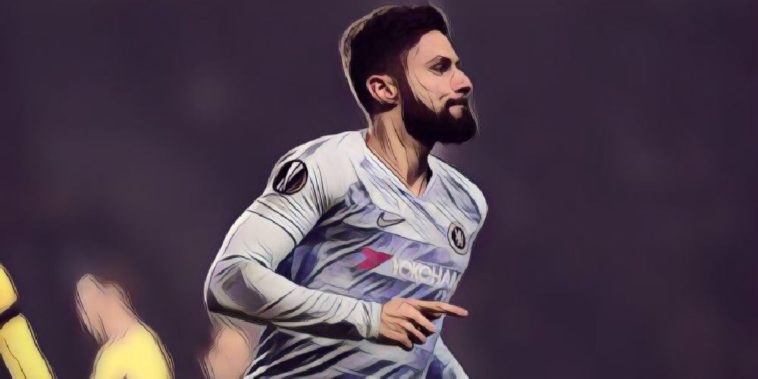 Olivier Giroud has admitted that Chelsea found it difficult to break down Belarusian side BATE Borisov.

Chelsea booked their place in the knockout stages of the Europa League as Giroud scored the only goal of the game to secure a 1-0 win and maintain their 100% start to the competition.

As has been the case in all of the Blues games in Europe this season, Maurizio Sarri made a number of changes to the side that beat Crystal Palace at the weekend.

However, the heavily rotated side struggled to break down the well-drilled Eastern Europeans, with goalscorer Giroud saying they couldn’t find solutions.

“The manager kept saying we need to finish first in the group, and the earlier the better so tonight we’ve done the job even if we could have been more efficient,” Giroud told BT Sport.

“It’s a clean sheet and we won the game. We defended very well and they defended cohesively so it was difficult to find solutions at times and stop them on the break.”

Giroud was one of Sarri’s nine changes to the starting line-up, replacing the in-form Alvaro Morata up front, and the Frenchman’s goal was the first that he had scored 794 minutes. Speaking about his goal drought, he said he has been lacking ‘efficiency and luck’.

“I was hoping to score soon because I came back late from the World Cup and I was lacking maybe a bit of efficiency and luck but you always need to keep working hard and keep the faith and that’s what happened tonight.”