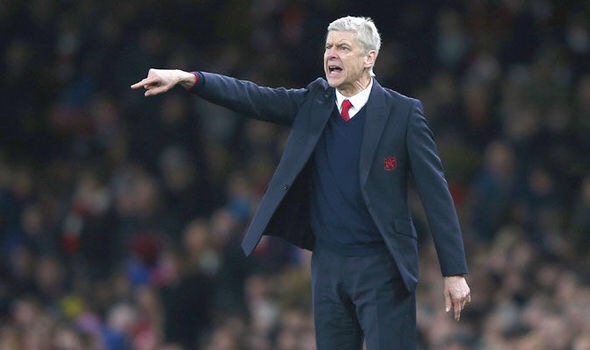 Arsene Wenger has decided to stay on as Manager at Arsenal, and will splash £55m on two Premier League players.

Despite calls for his head once more during Saturdays game against Stoke City, including a plane saying “Wenger – Out means out”, Arsene has decided to stay.

According to the Sunday Express, the Frenchman will splash £55 million on the signings of Middlesbrough defender Ben Gibson and Leicester City winger Riyad Mahrez.

Mahrez has been a transfer target for Arsenal for over 12 months now, since his dazzling displays for Leicester in their phenomenal title winning campaign of 2015/16.

The Algerian was heavily linked with a move away last summer but decided to stay for one more year.

He hasn’t managed to reproduce his best form this season, but has slowly began to show glimpses of why he won the PFA Player of the Year last season, and is valued by Leicester at £30 million.

Ben Gibson on the other hand is another player who has had a stand out season, but not for a team that has done well. In fact quite the opposite. The young English centre back has been a shining light in what has been a dull season for Middlesbrough this campaign.

He has previously been linked with moves to Chelsea and Liverpool, and is also rated at £30 million, but with Middlesbrough’s relegation confirmed, Arsenal will try to sign him for around £5 million less than that.