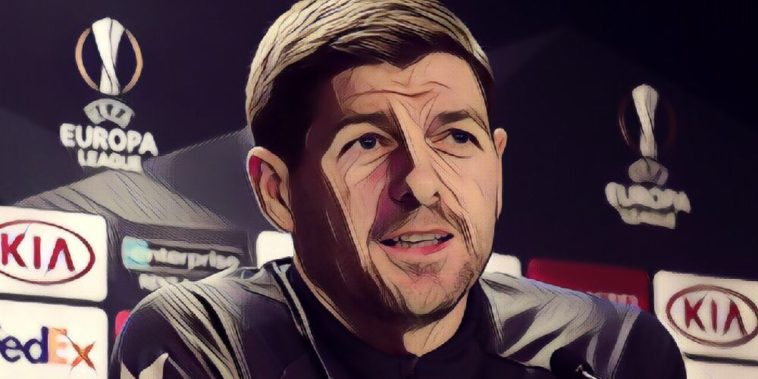 Steven Gerrard has urged his Rangers side to ignite the Ibrox crowd when they face Spartak Moscow in the Europa League tonight.

Rangers go into the game at the top of their group, having got a notable away draw with La Liga side Villarreal in matchday one, before following that up with a fine victory Rapid Vienna in front of a raucous Ibrox crowd in matchday two.

For the second Europa League game in a row, Rangers will face a side who have recently appointed a new manager, but speaking ahead of tonight’s game, the former Liverpool captain said that the change of manager would not change his thinking, insisting he will be relying on the support of the Ibrox crowd.

“It is the same in terms of a change of manager, but it is slightly different as they have promoted from within,” Gerrard told his pre-match press conference.

“The manager that will be in charge tomorrow was in the set-up anyway whereas the Rapid one came from outside. It doesn’t really affect our preparation and our gameplan, and we are going into the game with confidence and belief but with respect that we are playing against a big team with Champions League experience.

“We need to ignite this crowd again like we did in the previous game as we believe if we play on the front foot and are aggressive, then the fans come with us and we believe we are a tough team to play against here.

“You try and put yourself in the shoes of the opposition manager, and your first game is away at Ibrox – if we are at it with the crowd behind us, that is a tricky game for your first game, and we need to make sure we don’t disappoint.

“We know they carry a dead ball specialist too, so we are well aware of their strengths, but there are certainly areas for us to exploit and I am really excited and looking forward to watching my team play tomorrow.