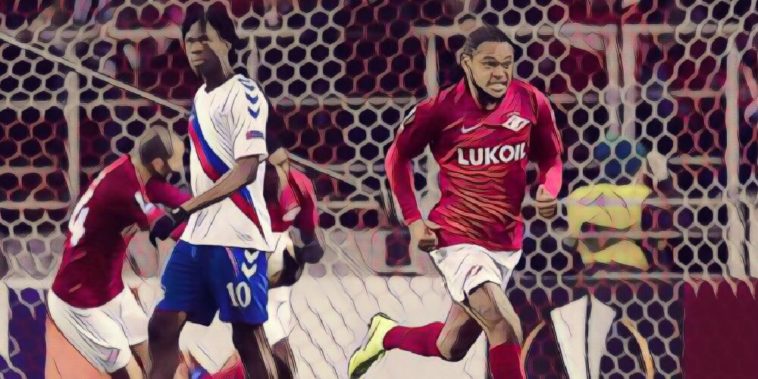 Rangers boss Steven Gerrard has lamented his sides defensive performance in Russia this evening after they lost 4-3 against Spartak Moscow in the Europa League.

Rangers went ahead three times in the first half thanks to a Roman Eremenko own goal, and goals from Daniel Candeias and Glenn Middleton, going into the half-time interval 3-2 up.

However, instead of shutting up shop, Gerrard’s side conceded two goals in two second-half minutes, with the defence once again failing to provide any kind of protection for goalkeeper Allan McGregor.

Speaking after the game, former Liverpool skipper Gerrard had a lot to say about his side’s defending, and it wasn’t good.

“We are very disappointed with the result. I think you saw two sides of our performance today – I think we attacked very well and I thought we were very dangerous and countered very bravely and got our rewards for that to be in control of the game at half-time.

“But for me, football is about levels and if you don’t defend properly and you don’t do the basics well enough, high-level players and high-level teams normally punish you and that was the case tonight, so we are disappointed with the result.

“People who have had a lot of praise and have done really, really well to get us to this stage just didn’t do the basics well enough – we didn’t clear our lines at the right times.

“Normally, coming away to a place like this to get three goals, you at least expect to get a result. We should have had four goals, but that is another story. But we are bitterly disappointed with how we defended tonight.

“Of course, you can bring substitutions on and maybe go overboard and take them off, but you have to remember these players are human and at times, they might make mistakes and you trust them in the second half to defend better.

“The message at half-time was ‘it’s 3-2, if we defend better we either win this game or worst-case we come away with something.”