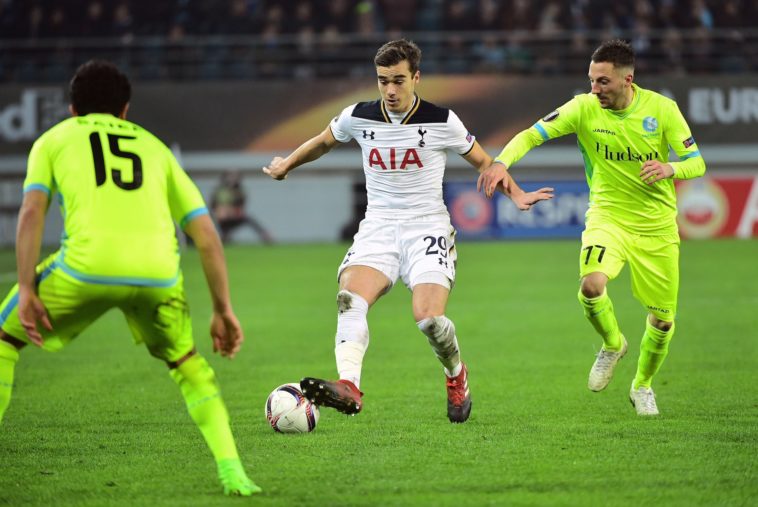 Spurs continued their run of never winning a match in Belgium with a lathargic display in a 1-0 defeat to Gent.

Surprisingly, it was Gent who made the more changes of the two sides, leaving top scorer Coulibaly on the bench. For Spurs, Pochettino named more or less a full strength side, making just two changes from the 2-0 defeat at Liverpool. Moussa Sissoko came in for Christian Eriksen, whilst the impressive Harry Winks, off the back of signing a new five year deal at the club came in for Heung Min Son.

It  was Spurs who had the first real chance of the game. Davies played the ball into Dele Alli just outside the box, who fizzed a shit just wide past the post. A decent effort from Alli, but perhaps a man in his form would have been expected to score.

Apart from this, the opening 25 minutes were sloppy from Spurs, who looked like a team who really could not be bothered with the Europa League. Gent almost capitalised on this, with Saief doing well to get his shot away in the box, but was blocked well by Toby Alderweireld.

Apart from one chance for either side, the first half was mind blowingly boring at best, with Gent certianly the more content of the two sides.

As expected, Spurs started the second half brightly, and they almost took the lead. Alli drove past a couple of Gent defenders in the box, and upon going to ground, the ball dropped to Kane whose shot ricocheted off the post. Great effort from Kane who was somewhat starved of service throughout the game.

Moments later, it was Dembele’s turn to come close for the visitors. Dembele found himself unmarked in the box but sliced his shot wide. A huge moment for Spurs in the context of the game and the tie.

Spurs made to pay

Not long later, Spurs were made to pay for their missed chances, as Gent took the lead somewhat against the run of play. Milicevic broke on the counter attack, fed Perbet and after a lucky defelection straight into his path, he fired the ball into the corner past a helpless Lloris.

Just like against Liverpool, Dier and especially Davies failed big time in their defensive duties. Gent pushed on from their goal in search for a second and were almost rewarded. Milicevic shot from 20 yards and if not for a brilliant Lloris save onto the post, the tie would be looking a lot worse for the North London club.

As the match ended, Pochettino will be very concerned with what he saw. Spurs have only scored once in their last four games, that coming from the penalty spot. The quicker Spurs get Vertonghen and Rose back on the pitch the better for the team. Spurs with it all to do in the second leg at Wembley.