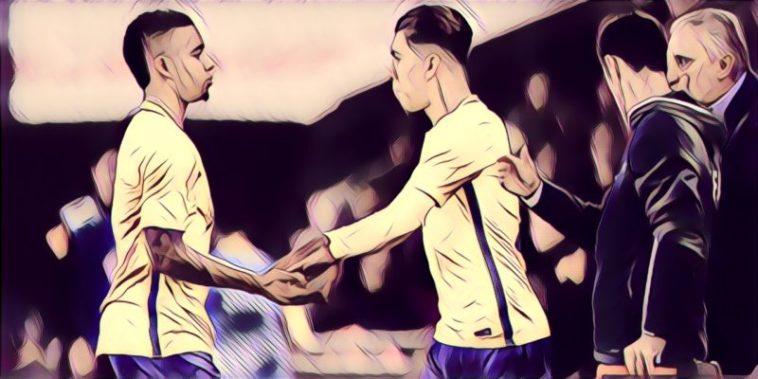 Manchester City and Liverpool have played out some epic battles this season in the Premier League and Champions League, however a new battle is currently under way between both clubs star strikers Gabriel Jesus and Roberto Firmino.

City’s Jesus and Liverpool’s Firmino have both proved themselves to be top class frontmen during their time in English football, and the talented pair are currently fighting it out for a spot in Brazil coach Tite’s starting XI at this summers World Cup in Russia.

However, Jesus has revealed that the competition between the pair brings the best out of each player and ultimately benefits the Brazilian team.

“I’m very happy for him, for the national team and for all of us Brazilians,” Jesus said.

“It’s good to have healthy competition. He had an excellent season I had only a good season due to my injury. But that happens and I congratulate him.

“I am very happy that he could score and it is like this if he is doing good, I will work to be even better.

“That’s a great thing to have, this healthy competition for the national team.”

At the moment Jesus seems to be slightly ahead of Firmino in Tite’s thoughts, having started the vast majority of games he was fit for during qualifying, not to mention the fact the 21-year-old has plundered an impressive nine goals in just 16 international appearances for his club.

As always, five time Champions Brazil will travel to Russia as one of the pre-tournament favourites.