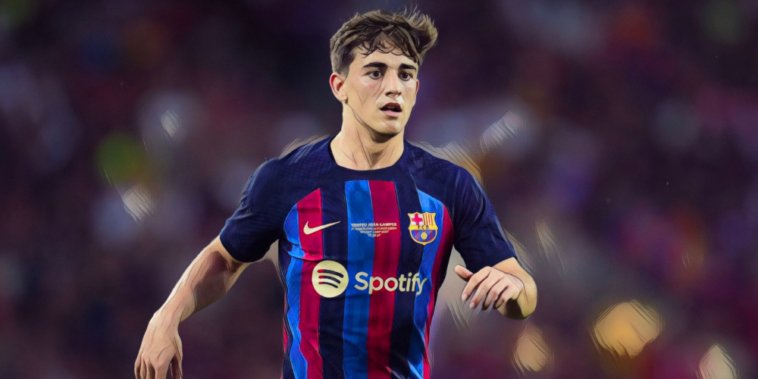 2022 showcased the best footballing talent on offer around the world, with countless breakout stars making a name for themselves and shining on the grandest of stages. Here is a look at the top three next-generation wonderkids, who look set to shine even brighter in 2023 and beyond.

Still only 18, Gavi had a season to remember in 2021-22. Having only been promoted from Barcelona’s Under-19 side in July 2021, the Spaniard went on to make a whopping 47 appearances across all competitions that campaign. Under the guidance of Blaugrana legend Xavi, Gavi recorded two goals and five assists in 34 La Liga matches, as Barça finished second in La Liga by 13 points.

It is a different story for Gavi and the Catalan side this season, though, as they sat pretty at the top of the league at the turn of the New Year. Barça are 4/9 to go on and win the league with sports betting site Coral, odds which users can compare on BonusFinder UK. Away from club level, the 18-year-old had a breakout year with the national team. Gavi was called up to Luis Enrique’s Spain squad for the World Cup and became the youngest FIFA World Cup goalscorer since the late, great Pele in 1958. A memorable 2022 was capped by the Spaniard winning the esteemed Kopa Trophy in October, the individual award given to the world’s best Under-21 footballer.

🔁 if you LIKE Gavi
❤️ if you LOVE Gavi pic.twitter.com/cpFHA8MhW8

Germany starlet Jamal Musiala met Gavi in the group stages of the 2022 World Cup – picking up an assist for his side’s equaliser – as the Germans fell to a second successive group stage elimination from the world tournament. Despite a disappointing end to the year in a national sense, Musiala celebrated a decorated campaign with Bayern and proved his pedigree at an individual level with some dazzling displays.

The 19-year-old scored eight goals and provided five assists in 40 matches across all competitions in 2021-22, as Bayern celebrated their tenth straight Bundesliga triumph after finishing eight points ahead of second-placed Dortmund. Having been crowned Bayern’s youngest-ever player to make his debut in the 2019-20 campaign, Musiala became a stalwart a year later and has continued his form into the early 2022-23 season. The midfielder has already beaten his tally with a staggering 12 goals and nine assists in 22 matches before the turn of the year.

While Dortmund placed second in 2021-22, their finish could have been a lot worse were it not for star man Jude Bellingham. Now just 19 years old, the Birmingham-born midfielder showed maturity beyond his years, often proving to be one of the loudest voices on the pitch and dictating the game with his tactical nous. Bellingham posted the best tally of any players on this list with six goals and 14 assists in 44 matches, almost tripling his goal contributions from the previous campaign (four goals, four assists).

The Englishman carried this form into 2022-23, recording nine goals and three assists in 22 matches across all competitions before the turn of the year. It was the kind of form that couldn’t be ignored by England manager Gareth Southgate, who started Bellingham in every game in Qatar as he became one of the Three Lions’ standout players at the World Cup. Indeed, the 19-year-old’s form in 2022 has seen a move mooted to Europe’s biggest clubs, with Liverpool and Real Madrid the early frontrunners to land his signature in the summer of 2023.

Back and ready to give everything to achieve our goals.🖤💛 pic.twitter.com/36eO6L4lCT

With many other players making such an impression last calendar year, the stage is set for football’s greatest starlets to make a name for themselves in 2023. With much of the season still to play, there will be plenty of opportunity for those stars to shine.