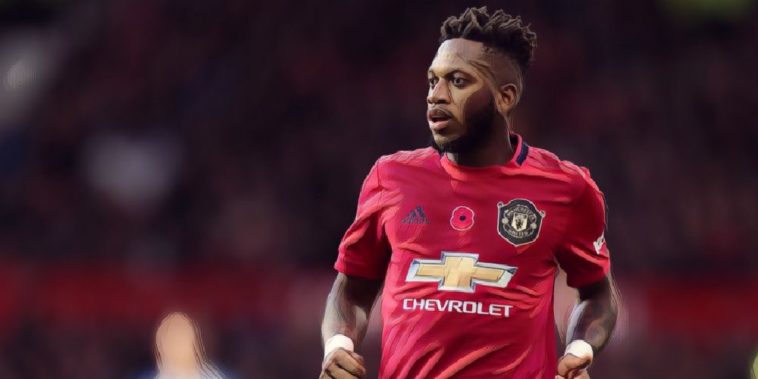 Manchester United midfielder Fred has admitted he still harbours aspirations of regaining his place in the Brazil national team having rediscovered his form at club level.

There have been plenty of question marks over the ability of Fred, the £52 million signing having shown very little in his first 12 months at Manchester United and showing almost no justification of his hefty price tag.

However, in the absence of Paul Pogba, and with very few other options, Ole Gunnar Solskjaer has thrust Fred into his midfield in recent months, and the Brazilian has actually started to impress alongside Scott McTominay, much to the midfielder’s delight.

“I’m really happy to have had this consistent run in the team, it’s been really important for me to go onto the pitch and make a contribution,” Fred told ManUtd.com.

“I had two of my best performances against Tottenham and Manchester City, and I think I’ve grown and improved. I’m really happy that I can help the team. I hope that continues and we can look to win all the cups we’re in.”

Having spent five years with Ukrainian side Shakhtar Donetsk, Fred is somewhat unfamiliar with playing football at this time of year, though he has admitted he is enjoying the sheer volume of games that English football is providing him with.

“Yes, it’s true, I’ve got a lot of friends who are players in Ukraine and they’re all in Brazil on their holidays. It’s different but, as I said, it’s good because we want to be playing a lot of games,” he said. “All the other championships have a break but I like to continue to show my football and do well for United and get on the radar of the Brazilian national team.

“So rather than look elsewhere at what other people are doing, my maximum focus is on what’s happening here and to continue to play well.”

Fred was part of the Brazil squad for the 2018 World Cup in Russia, but his poor form in a United shirt has seen him fall out of contention for the Selecao, and he was asked if a recall to the national side was a ‘big aim’ of his.

“Of course. Every player dreams of representing their country,” he admitted. “Unfortunately, last season I lost my place in the Brazilian national team. I wasn’t playing regularly here and was still in a process of settling in, but this season has been a lot more positive and I’ve had this continued run of games and I hope this carries on.

“I’ll continue to do my best and, of course, I hope to return to the national team.”

Fred is likely to feature for the Red Devils this evening when they play Burnley at Turf Moor, though his regular midfield partner McTominay is a doubt with a knee injury.