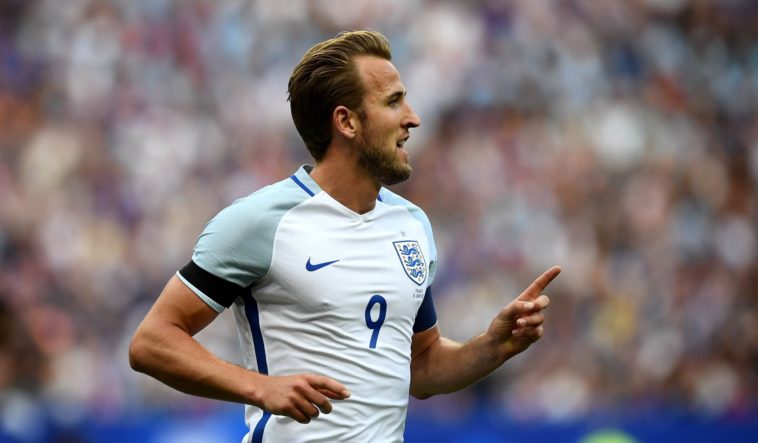 France were 3-2 winners in a poignant international friendly against England, despite going down to 10 men.

Theresa May and French President Emmanuel Macron attended the friendly. They stood side by side as a moving tribute to the victims of the Manchester and London attacks took place. Then the Oasis song Don’t Look Back In Anger was played by a brass band. This was followed by an impeccably observed minutes silence where players from both sides stood together around the centre circle in a show of unity.

After sparing England’s blushes against Scotland, Harry Kane was in the right place again to give England the lead against France. The build up from England was superb.

Dele Alli found Raheem Sterling whose brilliant backheel was received by Ryan Bertrand. Kane got on the end of Bertrand’s cross to convert the tap in.

Arsenal striker Olivier Giroud would have got France back on level terms with an excellent chest and volley into the top corner. Unfortunately, his effort was offside. The referee didn’t use the option of referring it to the video assistant.

Just minutes later, Ousmane Dembele should have scored the equaliser after being put through by Kylian Mbappe but he sliced the shot well wide.

Djibril Sidibe also got on the international scoresheet for the first time to put France in front two minutes before half-time. Dembele embarrassed John Stones with a brilliant dummy and his strike was saved by Heaton. Sidibe was first to respond to the rebound to slot home. Once again, Heaton was blameless. The Burnley keeper made a good save but his defence let him down by being too slow to react.

The drama continued almost immediately after the restart.  Dele Alli was brought down by Raphael Varane and after consultation with the video assistant, England were awarded the penalty and Varane was sent off. Harry Kane converted the penalty for his second of the night. He has scored 28 goals in 24 games in 2017 and is the first Tottenham player to score a brace for England since Jermain Defoe in March 2013.

Jack Butland was quick to react when called into action for the first time since coming on as a half-time substitute. Mbappe used his lightening pace to pass the England defence. However, Butland came off his line to make a great save.

Mbappe eased past Stones as he went through on goal but somehow his effort rattled the crossbar. Even though they had a man advantage, England were pushing their luck. Gary Cahill made a goal-line clearance from the rebound to give the defence time to regroup.

France were persistent and kept causing England problems. Mbappe made up for his earlier miss when he threaded the ball through for Dembele to give France the lead once again. Dembele became the third player of the night to score his first international goal for France.

England were second best against a young, confident French side. Their errors were punished by France who were down to ten men for almost the entire second half. The Three Lions and Gareth Southgate still have plenty of work to do before the 2018 World Cup.