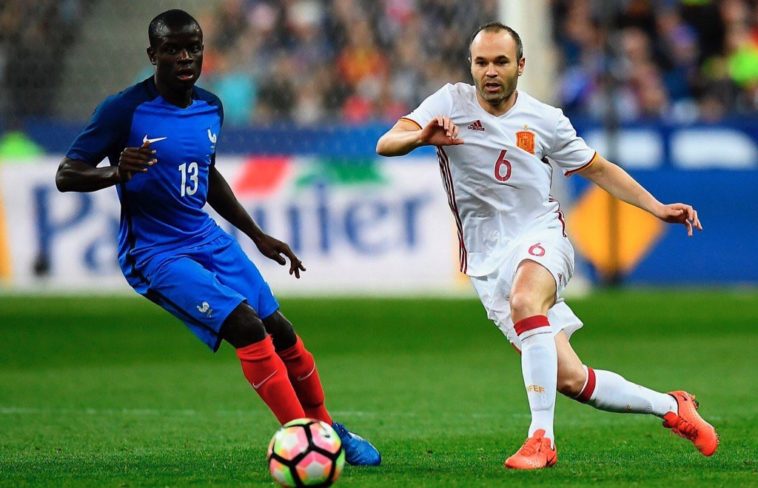 Spain were victorious in their high profile friendly with France.

Here are five things we learned from the fixture.

The hottest property in Europe made his first senior start for France in the friendly against Spain on Tuesday.

Despite showing flashes of brilliance, Mbappe did not make a big impact on his debut. He was eventually replaced by Olivier Giroud in the 65th minute. Despite his quiet evening, Mbappe is undoubtedly an incredible talent and, in time, he will prove this on the international stage as well as at club level.

Deulofeu made a difference

With the game delicately poised at 0-0, Gerard Deulofeu was brought on for Pedro in the 77th minute. He made an immediate impact when he was brought down in the penalty area following a clumsy challenge from Laurent Koscielny.

David Silva converted the penalty to give Spain the lead. Once again Deulofeu was involved as Spain doubled their lead. The on-loan AC Milan winger got on the end of Jordi Alba’s cross to convert the second. That’s what you call an impact substitute.

Video technology could be the way forward

Antoine Griezmann seemed to have given France the lead. However, video technology was used to rule the goal out just seconds later. The referee, Felix Zwayer, consulted with his video assistants, who made the correct decision.

Another key incident occurred when Deulofeu scored Spain’s second goal but it was ruled out for offside. Fortunately video technology was on hand again to overrule this incorrect decision. Some may say it takes the talking points out of football but correct decisions are more important than talking points.

It can work effectively at the highest level and that’s the most important thing. We use technology in our everyday lives without even thinking about it. In the coming years, the same may be true for video technology.

David Silva is in the top four

David Silva dispatched a penalty in the 68th minute to score his 30th goal for Spain. Laurent Koscielny clattered into Gerard Deulofeu, who had only been on the pitch for a minute, to concede the penalty. This was Silva’s 30th goal for Spain and he is now their fourth highest ever goal scorer. As with Iniesta he doesn’t get older, he just gets better.

Iniesta continues to dominate on the world stage

There are currently several world class players that are proving that age is just a number. Andres Iniesta fits into that category perfectly. The 32 year old midfielder turns back the clock every time he unlocks a defence with his twinkle toes. He had chances to break the deadlock in the first half after being afforded a generous amount of space by the French defence but he was unable to make it count.

There is such an elegance about Iniesta that makes him simply mesmerising. He ran rings around 25 year old N’Golo Kante who barely got a sniff of the ball.

One thing is for sure, Andres Iniesta is the definition of world class.