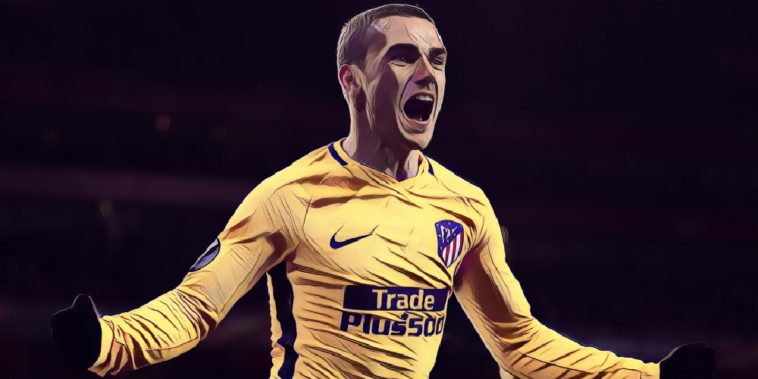 The Gunners totally dominated at the Emirates, hugely helped by the sending off of Sime Vrsaljko after just 10 minutes after picking up two early yellow cards.

Despite dominating the possession and chances created, as well as opening the scoring, Arsene Wenger’s side conceded a late equaliser to the Spaniard’s to give them the upper hand in the tie going into the second leg next week.

“Well they created enough chances to win three of four games, particularly when it was 11 v 11 strangely enough,” said Hoddle. “That is when they were really at it and they came out of the blocks really quick.

“But it’s the same pattern, there’s a pattern there for Arsenal giving stupid goals away.”

Speaking about the Atletico Madrid equaliser, he added:

“This is incredible, look at Monreal, he should have been in front, be level or even as a full back in front on your centre backs – Never in that position.

“Even the centre backs are sleeping, because Mustafi plays him onside. Here you have Koscielny – why he attempts to try and win the ball I don’t know, he has to try to stay alongside Griezmann, he wasn’t going to score from there. He got a little bit of luck off the keeper, but stay with him, run alongside him and as he takes a touch, usher him out wide.

“Mustafi slips at the wrong time and that was dreadful, and I think if he doesn’t slip, he saves it.”