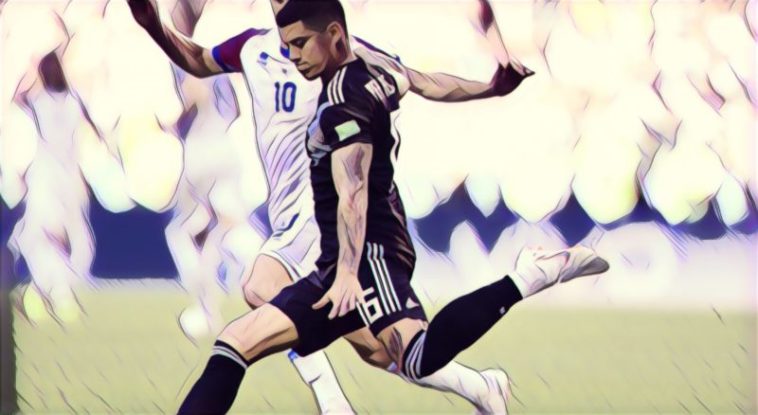 In the 19th minute of yesterday’s game in Sochi, Rojo went to shoot from thirty yards out, but scuffed his effort horribly. Luckily enough for the 28-year-old though his poor strike fell into the path of Manchester City striker Sergio Ageuro, who duly smashed home to give his side a shortly held lead.

Rojo has managed just the one goal in 68 Premier League appearances for Manchester United, so its fair to say shooting isn’t his strong point, and Neville was brutally frank in his assessment of the defenders decision to try and score from distance.

“The ball came across to Rojo, I’ve been watching him for four years at United and I’m thinking ‘don’t shoot from there you muppet’. And he shoots.’’ Neville said.

“I’ve never seen him score from there, in four years he’s never scored, he smashes them over the bar.

“He gets a little bit of good fortune. Aguero gets that yard he needs.”

Rojo formed a all Manchester central defence for his country yesterday alongside Man City man Nicolas Otamendi, although both looked nervy throughout as World Cup debutants Iceland carved out a huge amount of decent chances, and probably should have scored more than once.