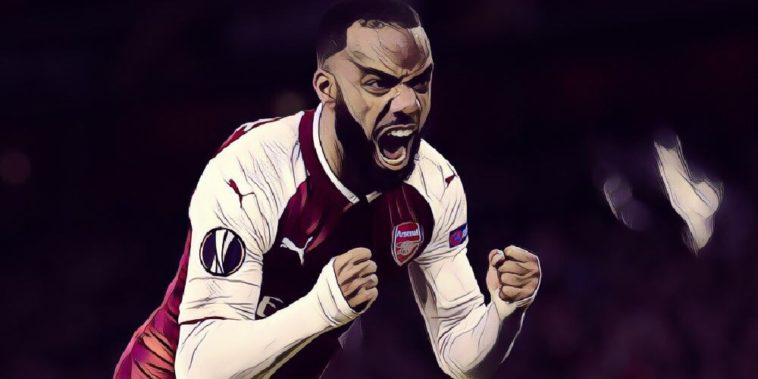 The Gunners striker, who became the club’s record signing summer, had a difficult start to life in the Premier League, but has shot to form in recent weeks, taking his tally to 16 goals and 4 assists for the season.

The latest of those goals came in Thursday night’s Europa League semi-final against Atletico Madrid, where the Frenchman rose highest to nod Arsenal into the lead, only to see his goal cancelled out by an Antoine Griezmann strike at the other end with less than 10 minutes to go.

Speaking after the game to ITV Sport, Campbell said:

“When he first came in he was playing, then he was getting taken off after 70 minutes, then getting left on the bench at certain times.

“He had a horrendous injury, but he’s come back, and [now] he looks more like the player we saw at Lyon.

“He is actually better in the air than I thought he was.”

“It’s a great leap, he gets up really early, good play from Nacho Monreal who gets the ball back, puts the lad under pressure.

“Jack Wilshere stands a great ball up, and look at Lacazette, he’s hanging above the big centre halves of Atletico Madrid, and be has just guided it past Oblak – who is a fantastic goalkeeper.

“A fantastic way to open the game up and put Arsenal in the ascendancy.”