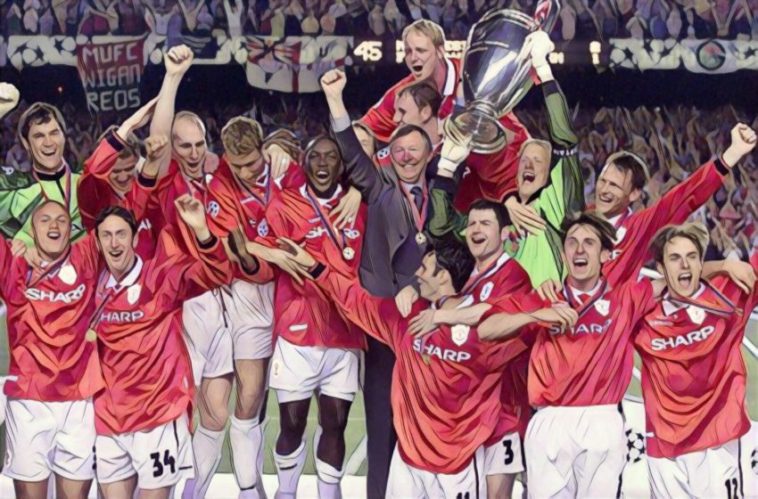 Ahhh, the Champions League, the pinnacle of European club football. It’s simply amazing. But even then, there are some games that just defy logic. The sheer fact that it’s the Champions League can take teams to another level, and we have put together five of the best examples of teams digging out a result against all odds.

Now let’s be clear, there are many more examples that we could include as some of the best comebacks, and this list is by no means in a defining order.

At the end of this article feel free to leave your thoughts and memories of the greatest Champions League moments, but until then, sit back, relax and relive the memories of these fantastic European nights.

2012 wasn’t shaping up to be a great year for the Blues, having sacked Andre Villas Boas after a disappointing league campaign, their 3-1 defeat in Naples looked like ending their Champions League involvement too.

Chelsea got off to a great start, getting the two goals they needed to win the game on away goals. However, their hopes were dealt a blow when Gokhan Inler struck for the Italians.

The tie was sent to extra time thanks to a Frank Lampard penalty, and the comeback was completed thanks to a Branislav Ivanovic winner in extra time.

That result was a huge boost on the way to Chelsea claiming their one and only European crown, where they of course went on to beat Bayern Munich in the final!

When Edin Dzeko scored in the Nou Camp, the goal was greeted by the reaction of, ‘well it’s just a consolation’ and ‘it keeps the tie alive’. Well it certainly kept the tie alive, in fact it was what ultimately sent Roma through to the semi-finals – the crucial away goal.

Back at the Stadio Olimpico, a scene of one of Barcelona’s European final triumphs, Dzeko got Roma off to a good start. But surely they couldn’t keep Messi and co at bay?

However, Roma fans were sent into raptures when Kostas Manolas headed home from an 82nd minute corner, what would ultimately seal Roma’s passage through to the next round, at the expense of one of tournament favourites no less.

Perhaps we shouldn’t even include this one, comebacks are mostly amazing because they normally come out of nowhere and are completely unexpected. This one seemed inevitable. Remember the now legendary commentary before Sheringham’s equaliser, “Can Manchester United score? They always score” said Clive Tyldesley, seconds before the ball hit the back of the net. But this deserves it’s place on the list.

It was the Champions League final, it completed a historic treble of trophies and like all comebacks, left the losing side devastated. The images of the Bayern players, strewn around the pitch, some in shock, some thumping the ground in anguish are as iconic as any of the shots of the victorious Manchester United team.

“And Solskjaer has won it…”

For many people, when you talk about great comebacks, this is the one that first comes to mind, and rightly so.

When the teams went in at half time in this game all anyone was wondering was how much worse it might get for the Merseyside team. AC Milan had been utterly dominant in the first half and 3-0 was a fair reflection of the gulf in class between the sides.

Having watched this game in a student bar in the middle of exam season, I had considered leaving to watch the end of the game at home. Luckily, I had a bit of a thirst on at that stage and that “one more pint” allowed me to witness one of the greatest and improbable comebacks of all time…

PSG looked to have one foot in the Champions League semi-finals after humiliating Barcelona 4-0 at the Parc des Princes.

With an almost impossible task ahead of them, Barcelona started brightly, getting a 2-0 lead at half time and adding a third just five minutes into the second half.

However that hope looked to have been extinguished as Edinson Cavani grabbed a crucial away go to make it 5-3 on aggregate with just 28 minutes to play. The score stayed that way until the 88th minute when Neymar scored what looked like a consolation for Barcelona, but it was just the start of something incredible.

Two stoppage time goals, one from Neymar and a 95th minute winner from Sergi Roberto was enough to secure one of the most sensational turn around as in footballing history.