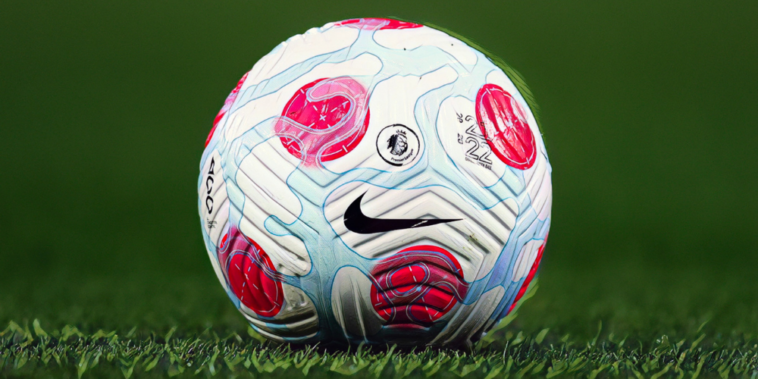 The English Premier League is set to restart on the 26th of December, and fans will be eager to see how their favourite teams play after the World Cup break. So far this season, we’ve seen no shortage of drama, controversy, and goals galore – as well as some surprises that none of us saw coming! As fans prepare to get stuck into the second half of the season, sports betting will be resuming. If you like adding another element of excitement to the game, you could choose bets like both teams to score, full-time results, and first goal scorer to name a few. Here are 5 of the most entertaining matches we saw in the EPL in the first half of the season.

One of the most entertaining, and historic games of the Premier League so far stands with Liverpool, as they face Bournemouth at home at the end of August this year. There would have been no doubt in football fans’ minds that Liverpool would be a team to watch, finishing so high up the league last season, but this game was an assault on Bournemouth, a newly promoted team.

Fans of the Reds would have expected a win, but there were going to be taken aback by the outcome of this fixture. As both teams headed to Anfield, Bournemouth barely had time to warm up before Luis Diaz put the ball in the back of the net in the 3rd minute, closely followed by a Harvey Elliott goal just 3 minutes later.

The onslaught continued, racking up another 3 goals in the first half. Another 4 goals were scored by Liverpool in the second half, one being an own goal from one of Bournemouth’s very own Mepham, to add insult to injury. It goes without saying, although it may have been one of the very first games of the season, it was one of the most entertaining, finishing 9-0.

The Manchester derby, a game that City and United fans all mark in their calendar, as a day they hope their team can take victory in the North. The strong rivalry between these two teams always makes for an entertaining match, and this game was no exception. The game took place at the Etihad Stadium, kicking off on the 2nd of October. Fans will know that Manchester United have had a difficult run this season, and with Man City at the top of their game, some may say the score line was not a shock.

The scoring started just 8 minutes in as Phil Foden found the back of the net, who then went on to score a hattrick, with fellow teammate Erling Haaland also scoring 3 goals. It wasn’t a total washout, Man U managed to claw back 3 goals from Antony and Martial who scored 2. Two hattricks and a 6-3 win for City.

Back to Anfield for another entertaining match, but this time, not in Liverpool’s favour. The Reds have had a tumultuous time of late, with a lot of their luck depending on if they turn up on the day. Leeds, who are struggling to make it up the PL table, beat them 2 goals to 1 at the end of October. With 10 shots on target for Liverpool and only 6 for Leeds, Liverpool should have won. But with goals from Mo Salah and Moreno for Leeds in the first 15 minutes, it was level. Crysencio Summerville helped Leeds sneak the win at 89 minutes – celebrations all around for the Northern team.

Leeds provided the entertainment with this game against Chelsea in one of the first games of the season. At home at Elland Road, Leeds seemed to storm the London side with 2 goals taking place in the space of 5 minutes from Aaronson and Moreno. The final nail in the coffin came at 69 minutes, when Jack Harrison scored a 3rd for Leeds, leaving no way back for Chelsea.

To add insult to injury, Koulibaly for Chelsea was given a red card at 84 minutes, after being awarded two yellow cards for pulling Leeds players down on separate occasions. As if the game wasn’t bad enough for the London-based team, Koulibaly made it that little bit worse!

In a London derby, Tottenham headed to Stamford Bridge on the 14th of August, and what played out was dramatic. Chelsea were the first to score, as Koulibaly found the back of the net just 19 minutes in. In the second half, Hojbjerg took it level for Tottenham. But it wasn’t level at 1-1 for long, as Reece James got a goal for Chelsea in the 77th minute. And here is where the excitement and controversy took hold. Spurs were awarded a corner, which then proceeded in Romero for Tottenham pulling Cucurella of Chelsea’s hair. The referee in the game said that this was not a foul, and no free kick was to be given to Chelsea. Because of this, Spurs got to retake the corner and scored. Chelsea fans, the team, and manager Tuchel were furious, as this decision led to Chelsea losing their lead. If goals are what you’re looking for, this match was full of them, but if you’re a Chelsea fan, this may still leave a bitter taste in your mouth.