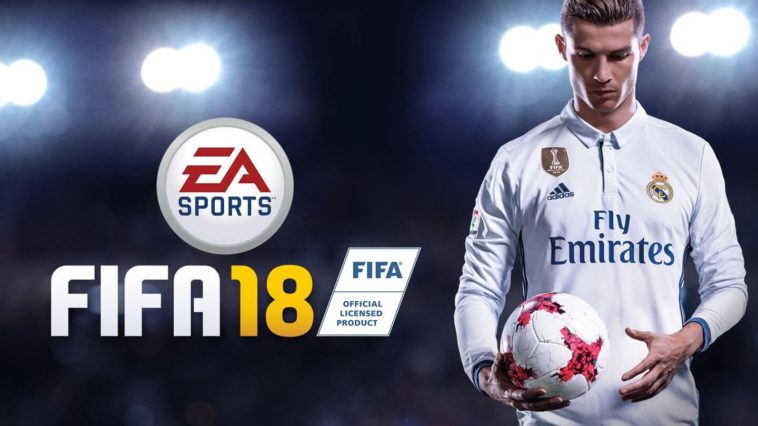 It is one of the biggest games in the footballing calendar, as the eyes of the world prepare for this season’s Champions League final.

While social media is full of polls and opinions about who will lift the famous trophy on Saturday night in Kiev, we decided to do something a little bit more scientific than just guessing, we let a computer try to work it out.

Ok it wasn’t that scientific, we used the PS4 in the office, loaded up FIFA 18, downloaded the latest form and squads, and simulated a match between the two Champions League finalists to see what might happen.

Much has been made of who will come out on top of this battle between the two European heavyweights, and if the game plays out like it did on our PlayStation, we could be in for a real treat.

In what will be exciting news for Liverpool fans, it was all Liverpool in the opening passages of play, and much like their real life counterparts, they pressed quickly and effectively in the middle of the park, with Mo Salah, Roberto Firmino and Sadio Mane causing a threat to the opposition defence.

In the first 30 minutes of play, the Reds had no fewer than six efforts, with James Milner, Jordan Henderson and Sadio Mane all firing wide, Mo Salah firing straight at Keylor Navas, and Roberto Firmino seeing a strike crash off of the bar.

The first meaningful Real Madrid effort came after 34 minutes when Gareth Bale broke down the right, only to see his tame effort comfortably saved by loris Karius, before a similar breakaway five minutes later was thwarted by a solid Virgil van Dijk.

Liverpool continued to dominate, but just as the first half entered added time, the breakthrough came, and it was Real Madrid who took the lead. A fine through ball from Karim Benzema found Luka Modric, who burst into the area and crept the ball under Loris Karius, who should have done really done better.

Just before half-time is a terrible time to concede a goal, even on a computer game, but to concede two would be a hammer blow right? Well that is exactly what happened.

Still rattled by falling behind, the Reds gave the ball away to Cristiano Ronaldo. The Portuguese burst forward, only to be tackled by Virgil van Dijk on the edge of the area. The ball fell to Dani Carvajal though, who advanced into the box, before his squared ball found the unmarked Karim Benzema, who slotted home to make it 2-0. A hammer blow.

It almost got worse for the Reds after 50 minutes when a Cristiano Ronaldo cross was met by the head of goalscorer Modric, only for his effort to canon off the post. The ball fell to a Liverpool player, and what happened next was incredible. In realistic Liverpool style, a quick counter attack found Roberto Firmino, who raced the length of the field before firing an unstoppable effort into the back of the net. It was 2-1, and Liverpool were back in the game with still 38 minutes to play.

Liverpool continued to hassle and press, but were unable to break down a resolute Real Madrid defence, and with just 15 minutes to play, Gareth Bale dispossessed Trent Alexander-Arnold in the middle of the pitch, (what he was doing there I don’t know). The Welshman took a touch before firing an incredible strike into the back of the net to make it 3-1. Surely it was game over?

In the closing moments, Liverpool threw everything at Real, with Jordan Henderson spurning two late chances, firing one over the bar and seeing another deflected for a corner, before a Sadio Mane effort was saved in the dying moments. However, despite finishing the game with more shots, it was Real Madrid who ran out 3-1 winners and claimed their 13th European title.

Real Madrid – Liverpool
8 Shots 12
3 Shots on Target 2
3 Goals 1
50% Possession 50%
83% Pass Accuracy 84%
3 Corners 3
Will FIFA’s result match what happens in Kiev on Saturday night? Leave us a comment below with your predictions.