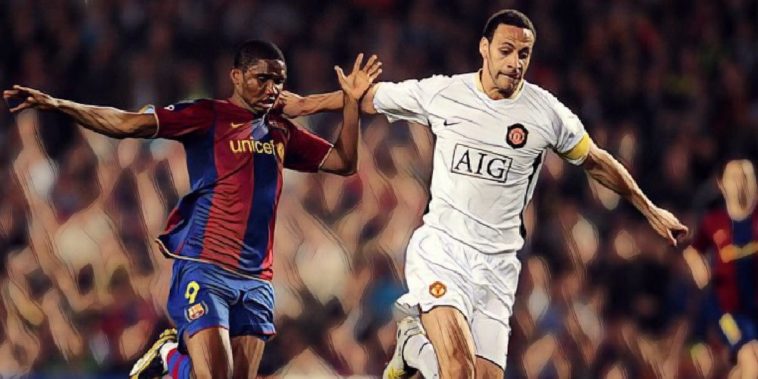 Rio Ferdinand has revealed how he was ‘close’ to joining Barcelona in 2008 before deciding to reject the club’s advances and remain at Manchester United.

Ferdinand established himself as one of the world’s finest defenders during a glittering career in the Premier League, winning a host of major honours including six league titles and the Champions League after arriving at Old Trafford from Leeds in 2002.

The former England international spent over a decade at Manchester United where he made 455 appearances in all competitions, though has now revealed how he came close to leaving the club after an approach from Spanish giants Barcelona.

Ferdinand admits talks were held between the Catalan side and his agent following a meeting between the two clubs in the Champions League semi-finals in 2008, with Barcelona manager Frank Rijkaard having openly informed the defender of his admiration for his talents.

“It came close,” Ferdinand told BT Sport. “There were discussions with my agent, Barca had touched base. I’d spoken to Rijkaard, not about going there but he made his feelings known.

“The problem with me going abroad, I always said I definitely wanted to go abroad and play, but the only thing that would ever have stopped me was if I was successful on home shores and I was lucky and fortunate to find a great club in Manchester United where it was going to be almost impossible for me to leave.

“At that point Xavi, Iniesta, Messi, they weren’t the players they were three or four years later so it was a very different landscape at that time in Barcelona.”

Ironically, if Ferdinand would have opted for a move to Barcelona, he would have won two more Champions League titles over the next  three years, the Catalans beating Man Utd in the 2009 and 2011 finals.