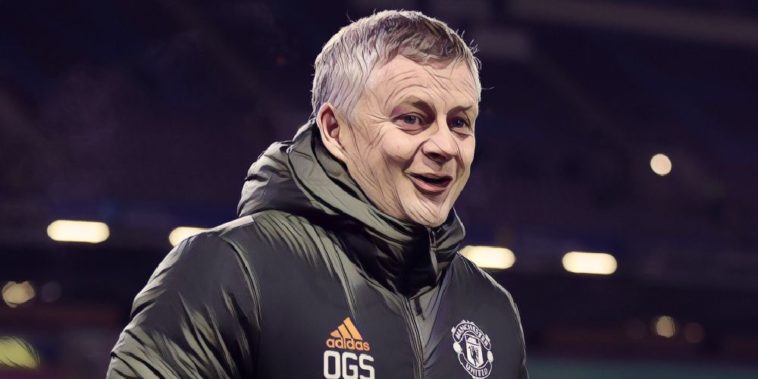 Rio Ferdinand has praised Manchester United’s ‘character’ and says the club’s comeback win at Fulham proves Ole Gunnar Solskjaer’s side are up for the title fight.

United returned to the top of the Premier League after coming from behind to secure a 2-1 win at Craven Cottage on Wednesday night, goal from Edinson Cavani and Paul Pogba securing three points following Ademola Lookman’s early opener for Fulham.

The result extended the Red Devils’ unbeaten away run to 16 games domestically and continued the club’s habit of securing points from losing positions, with Manchester United having now secured seven victories this season from games in which they have trailed.

Those 21 points amassed from losing positions is more than double the total of the next best side in the division, and Ferdinand has hailed the ‘character’ of his former side who look primed for a title challenge.

7 – Manchester United have won seven Premier League games having gone behind this season – only Newcastle in 2001-02 (10) and Man Utd themselves in 2012-13 (9) have done so more in a single campaign. Mindset. pic.twitter.com/fMpStIgumf

“Given the change in the teams at the top, Leicester and then Man City just before this game, in terms of the character and the mindset, this tells me that this Man United are here to stay, they’re here to fight for this league,” Ferdinand said on BT Sport.

“They’re here to try and win this Premier League.

“Whether you’re going to try and win the league or trying to get out of the relegation zone, the key word is always momentum. Manchester United have that in abundance at the moment.

“They’re in a rich vein of form, players are gaining more confidence week in, week out.”

United meet rivals Liverpool in the FA Cup’s fourth round this weekend before returning to Premier League action with a clash against bottom side Sheffield United in midweek.