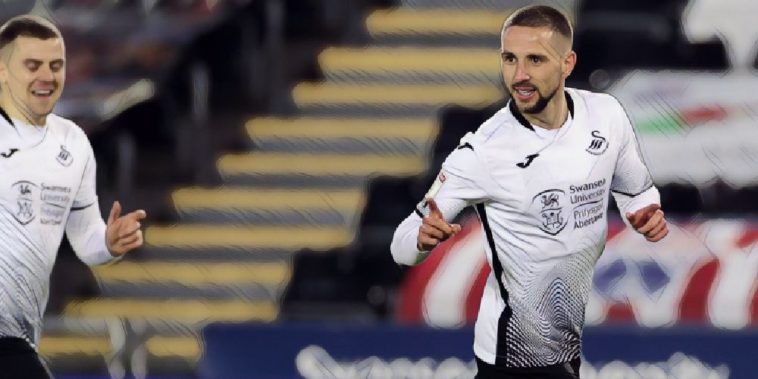 English football’s second tier is often hailed as the most competitive and demanding domestic division in world football and this season has proven no different, a number of clubs desperately scrambling to secure promotion to the Premier League.

There have already been plenty of twists and turns so far and just eight points currently separate the top five in the race for automatic promotion from the Championship, and as we head towards what will prove a gripping second half of the season we look at how the bookmakers assess the race to go up.

So for those of you who like to follow the best betting offers on sites like Odds2win, here are the six favourites to win promotion from the Championship to the Premier League:

Reading can be found at odds of 25/1 to secure a return to the promised land despite finding themselves fourth in the division at this stage, Veljko Paunovic having turned the promotion hopefuls into one of the Championship’s most improved sides.

Reading have finished 20th and 14th in each of the past two campaigns but have thrived under the new management, winning seven of their opening eight league fixtures to get off to a flying start.

After wobbling in November, the Royals have regrouped and are currently in the midst of a six-game unbeaten run, including beating fellow promotion hopefuls Bournemouth at the Madejski Stadium last weekend.

Summer signing Ovie Ejaria has impressed since arriving from Liverpool with the midfielder being courted internationally by Nigeria, whilst teenager Michael Olise has starred and Lucas Joao has enjoyed a career-best season in attack.

The latter has scored 15 league goals and provided a further five assists, with no player in the Championship bettering the former Sheffield Wednesday forward’s record of 0.81 goals per 90 minutes.

Reading remain outsiders, but have upset the odds throughout the season so far.

Bournemouth returned to the Championship after five seasons in the Premier League and began the season amongst the promotion favourites, despite losing a whole host of senior stars including Aaron Ramsdale, Nathan Ake, Ryan Fraser and Callum Wilson.

Despite those departures, the Cherries failed to invest in their side and began the reign of Jason Tindall with largely the same group of players as last season, but began brightly with just one defeat in their opening 14 league fixtures.

Bournemouth were in the automatic promotion places as recently as late December but their odds have lengthened following a torrid run of form, winning one of their past eight and losing their last four in succession.

That run of form saw Tindall dismissed from his position and Bournemouth have been linked with a host of names including John Terry and Patrick Vieira, the club’s new manager set to inherit a squad capable of pushing for promotion.

Dominic Solanke has enjoyed a fine season with 10 league goals after struggling to fulfil his potential in the Premier League, whilst Junior Stanislas has been excellent and the Cherries squad has been boosted by the returns of David Brooks and Lloyd Kelly this season.

Bournemouth’s odds are reflective of a side that have fallen nine points adrift of the automatic places having played a game more, though they remain sixth and firmly in the playoff picture.

Watford’s continued carousel of managers continued into the Championship season with the appointment of Vladimir Ivic following the club’s relegation, incredibly the 11th manager to take charge at Vicarage Road in just seven years.

The Serbian arrived untested in English football having previously coached the likes of PAOK and Maccabi Tel Aviv, though has made a solid start to the marathon that is the Championship with the Hornets currently sitting fifth.

Watford have proven difficult to beat, although scoring goals has been a problem so far this season, their 31 goals the least of any side currently in the top six and a total that can make them a difficult to predict for those trying to make football match predictions.

Troy Deeney’s return from a knee injury has helped that cause with seven goals in 13 league starts, and the Hornets’ hopes of promotion may hinge on the club captain’s ability to keep fit and finding the net.

Watford’s squad is amongst the most talented in the division having kept hold of players such as Nathaniel Chalobah and Ismaila Sarr during the winter window, and hopes will be high the club can close the four-point gap to the automatic promotion places and seal an instant Premier League return.

Swansea finished just short in their quest to return to the Premier League last season after suffering defeat in the playoffs, the South Wales outfit having snuck into the playoff picture on a dramatic final day following a strong second half to the campaign.

Steve Cooper has continued his work at the Liberty Stadium with Swansea back in the promotion picture this season, currently third in the Championship and moved into the top two following Friday’s 2-0 win over Norwich.

The £800,000 summer signing of Jamal Lowe from Wigan has proven a shrewd investment with the 26-year-old having netted nine league goals, whilst Cooper’s faith in youth has been rewarded with strong showings from youngsters including Ben Cabango and loanee Marc Guehi.

Cooper moved to boost his side’s hopes with the loan acquisition of Conor Hourihane in January and that deal looks a smart signing with the Ireland international netting three in three fixtures, including an excellent long-range strike against the table-topping Canaries.

Swansea are now unbeaten in their past eight games, winning six, as they look for a return to the Premier League after three seasons away.

Norwich won admirers despite finishing bottom of the Premier League last season and began the campaign as favourites to go up, a status that has been justified by the Canaries march to the summit.

Before their loss to Swansea, Daniel Farke’s side had lost just once since early October and currently hold a two-point advantage over Welsh side, albeit having played a game more.

Norwich’s ability to hold on to many of their brightest talents has provided Farke with a squad capable of an instant return, with Emiliano Buendia having been one of the stars of the campaign with seven goals and six assists so far.

Teemu Pukki has spearheaded their charge with 11 league goals and remains one of the division’s best finishers, whilst summer signings Oliver Skipp and Ben Gibson have proven valuable additions at Carrow Road.

Norwich’s return to the Championship has seen the Canaries regain the winning habit and their previous promotion experience can benefit Farke’s side during a relentless run-in.

Brentford came agonisingly close to the Premier League last season after losing the play-off final to Fulham, the Bees having been right in the mix for automatic promotion until the final day of the campaign.

There are few clubs at this level who buy and sell talent with quite such success as Brentford, who have once again reshaped their side following the sales of Ollie Watkins and Said Benrahma to Aston Villa and West Ham respectively.

Watkins was named as the Championship’s Player of the Season before departing in a £28m deal and the forward’s replacement has emerged as one of the signings of the season, Ivan Toney currently leading the race for the division’s Golden Boot.

Toney had scored prolifically at third-tier Peterborough and has maintained that form at a higher level, netting 20 goals and six assists in 26 appearances to spearhead Brentford’s promotion push.

Thomas Frank’s side have shown in cup competition this season that they can compete with Premier League sides and will hope to celebrate their first season in the Brentford Community Stadium by ending a 74-year absence from top level football.

Brentford thrashed Wycombe 7-2 earlier this month and are unbeaten in 19 league games, and despite currently sitting third in the table, they are odds on to finally reach the promised land of the Premier League, the Bees currently four points behind Norwich with two games in hand ahead of Saturday’s game against Middlesbrough.

See also – Top of the Pops: Counting down 10 of our favourite 90’s PL goals