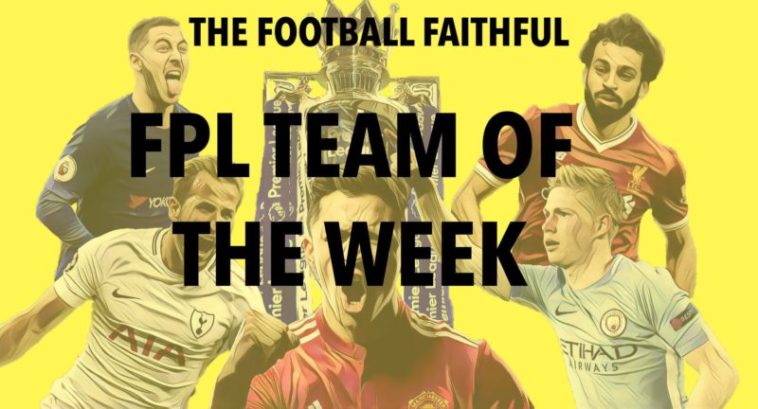 Manchester City set the Premier League title race back into full swing with a vital home win against Liverpool to narrow the gap at the top to four points, Solskjaer is the first Manchester United to win his first four games since Sir Matt Busby, and Huddersfield Town slump to eight consecutive losses at the bottom of the table.

GK – Angus Gunn (£4.3m): Angus Gunn made his Premier League debut for Southampton in a tough tie against Chelsea and managed to deny The Blues attack and earn his side a draw in a 0-0 stalemate.

He made his club debut against Brighton & Hove Albion in August in a Carabao Cup tie, but will be hoping his impressive display between the sticks at Stamford Bridge will cement his name in goal for Southampton in their next fixture against Leicester City.

DF – Ricardo Pereira (£5.2m): Pereira has been in flying form for Leicester City recently, and provided the catalyst for the only goal of the game as The Foxes defeated Everton at Goodison Park. He earned his fourth assist of the season, while helping Leicester City to their seventh clean sheet of the campaign. He saw a jump in the number of managers who have selected him in recent weeks to 9.8%.

DF – Patrick Van Aanholt (£5.4m): Van Aanholt managed to nab an assist and a clean sheet from the back to ensure Crystal Palace continued their run of good form with a win over over Wolves. Palace are now unbeaten in their last four Premier League games, which includes a win over champions Man City. Two assists and eight clean sheets for Van Aanholt this season.

DF – Shane Duffy (£4.6m): Shane Duffy managed to score his fourth goal of the season as Brighton held West Ham to a 2-2 draw. Brighton are unbeaten in their last four Premier League games, with Duffy helping to imrpve their defensive record after returning from suspension against Arsenal three games ago.

MF – Heung-Min Son (£8.8m): Son has been on fire for Spurs, jumping to being selected by 17.2% of Fantasy Premier League managers. Son scored a goal and provided an assist in his sides 3-0 win over Cardiff to take him to eight and seven respectively for the season.

MF – Ryan Fraser (£6.1m): After six Premier League games without a goal, Fraser found the net and provided an assist in Bournemouth’s 3-3 draw against Watford. 21.8% of managers have them in their squad and at such a cheap price, it’s easy to understand why. Fraser is up to five goals and nine assists for the season.

MF – Ken Sema (£4.6m): Sema has rarely featured for Watford this season but was involved in two of his side’s goals against Bournemouth, scoring one and setting one up, to put himself in contention for a starting place at Crystal Palace next weekend.

MF – Granit Xhaka (£5.3m): After ten games without finding the net Xhaka broke his streak with a great goal against Fulham. Despite costing only £5.3m Xhaka’s lack of points is due to his deeper midfield role.

He managed to snatch just his third of the season in Arsenal’s 4-1 win, with two assists to match. However, he’s only accumulated 61 points so far this season, after featuring in every game except one against Manchester United two months ago.

FW – Troy Deeney (£5.8m): Watford’s captain hasn’t been scoring as much as he’d like to of late, but scored two goals and set up one in Watford’s 3-3 draw at Bournemouth to lift him to five goals and two assists for the season. At just £5.8m and selected by 3.4% of managers Deeney is a steal – especially if you can catch him on a run of good form.

FW – Marko Arnautovic (£6.9m): Arnautovic broke his run of six games without scoring with a brace against Brighton. Back to full fitness the Austrian was lethal in front of goal, and has scored seven times in the Premier League, with three assists to boot. If he can stay fit, Arnautovic is a great choice at a medium-priced striker in your squad, and fell down to being used by only 7.6% of Fantasy Premier League managers.

FW – Marcus Rashford (£7.2m): Rashford has been setting Old Trafford alight with Soskjaer at the helm, allowing him to express himself. He’s got three goals and two assists in the four games under the Norwegian and has recorded six and seven respectively for the season.

How did your Fantasy Premier League team fare? My team managed to secure 72 points with starring erformances arriving in the form of Kane (captain), Aubamayeng, Fraser and Sane.