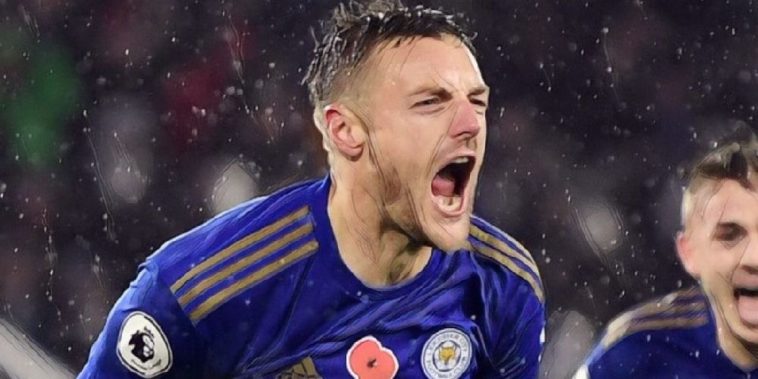 The huge fixture of the weekend saw Liverpool extend their lead at the top of the Premier League with victory over Manchester City at Anfield, in a game possessing quality, controversy and some fantasy favourites enjoying impressive point hauls.

It’s that time of the week again when we analyse the weekend’s action in the world of FPL, here is our Fantasy Premier League Team of the Week for Gameweek 12…

The long wait is finally over, as Watford recorded their first win of the season in an early six-pointer with fellow strugglers Norwich at Carrow Road. Despite being reduced to 10-men, Quique Sanchez Flores’ side held out to secure a vital three points with a 2-0 victory, with goalkeeper Ben Foster key to their success.

The veteran was brilliant in the defeat to Chelsea last weekend and was once again in impressive form, making five saves to preserve his side’s clean sheet and earn nine FPL points.

The equal highest scoring player of the round, Burnley’s Tarkowski earned himself 12 FPL points after registering an assist and earning a clean sheet during Sean Dyche’s side’s comfortable 3-0 win over out-of-form West Ham.

The 26-year-old’s performance earned him three additional bonus points, whilst it was also a welcome return to form for the centre-back who had earned just a single point in the past three gameweeks.

It’s now two goals in two games for the Irishman, who scored again in Newcastle‘s 2-1 win over Bournemouth and has played his part in back-to-back victories to lift some of the pressure on Steve Bruce at St James’ Park.

Having returned to the team in gameweek 8, Clark has registered an average of five points a fixture over the past five weeks, making a mockery of his bargain £4.3m valuation.

Three bonus points for the young Chelsea defender in their 2-0 win over Crystal Palace on Stamford Bridge, after another assured performance helped Frank Lampard’s side to just their third clean sheet of the season.

The clean sheet and additional points saw Tomori earn nine points, whilst his popularity continues to rise with the 21-year-old now in 7.9% of all FPL squads.

The Portugal international was at it once again in the Midlands derby against Aston Villa, adding the latest fine strike to his catalogue of screamers to help Wolves earn a vital 2-1 victory at Molyneux.

The goal was Neves’ second of the campaign and also earned him three bonus points, giving him a total of 11 and his first double-digit haul of the season.

A disappointing result for Manchester City at Anfield, though whilst most of their players blanked in FPL, Bernardo Silva rewarded his 12.9% ownership with an impressive haul in the defeat to Liverpool.

Silva registered 10 points after scoring and being awarded three bonus points, his first double-figure haul since scoring a hat-trick in the thrashing of Watford in Gameweek 6.

A huge differential this weekend, the Everton midfielder is owned by just 0.1% of managers who were rewarded with an impressive haul of 10 points during the club’s vital win at Southampton.

The academy graduate scored his first goal of the season to help Marco Silva’s side to a 2-1 victory, earning himself an additional three bonus points and his place in our FPL Team of the Week.

The on-loan Liverpool winger has proven good value in FPL so far, with only John McGinn, Dwight McNeil and Scott McTominay having registered more points of the midfielder’s price £6m or under.

That overall tally of 44 points was boosted by a further 10 this weekend, Wilson netting his fourth goal of the season to in the defeat to Newcastle at St James’ Park.

Two assists for the Manchester United forward, who is conveniently categorised as a midfielder in FPL in a move which has boosted his popularity with fantasy managers.

The Frenchman has been in impressive form since returning from injury, and earned himself 10 FPL points this weekend after starring in the club’s win over Brighton at Old Trafford.

It was the 23-year-old’s best haul of the season, whilst he should prove a popular selection ahead of an inviting looking run of fixtures for Ole Gunnar Solskjaer’s side.

SCOUT: Martial's assist for Man Utd's opening goal means he has an attacking return in each of the home matches he has started this season#FPL #MUNBHA pic.twitter.com/wvjTDcv6fC

Back-to-back goals for the diminutive Spaniard, who scored just two minutes into Watford’s game with Norwich as the Hornets finally secured their first win of the season.

Deulofeu would later turn provider for Andre Gray’s second, securing an additional three bonus points and an impressive haul of 12 points – the equal highest of any player in Gameweek 12.

If you are not amongst the 33.6% of managers who currently own the Leicester forward, you’re likely to be in the lower regions of your respective mini-leagues.

Vardy’s electric start to the season continued in Leicester‘s win over Arsenal, scoring the opener before providing the assist for James Maddison’s second in the 2-0 victory.

The forward’s performance extended his lead as the highest-scoring player in FPL, as well as keeping him ahead of Chelsea’s Tammy Abraham in the race for the Golden Boot.