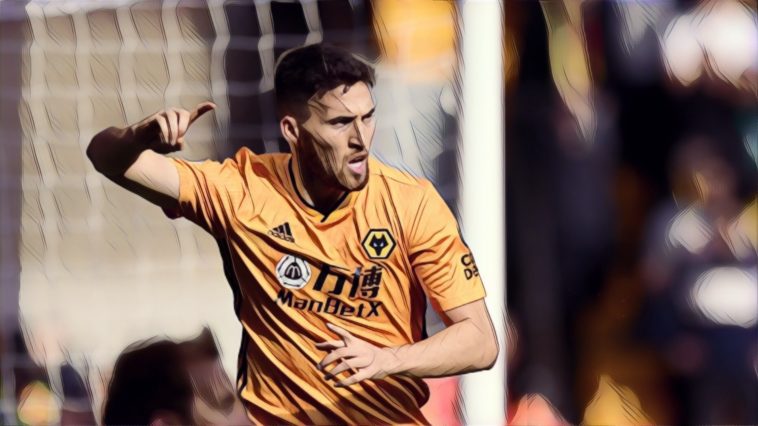 Pierre-Emerick Aubameyang and Callum Wilson’s consistency continued, while there was also a return to form for a fantasy favourite from last season as Wolves’ Matt Doherty finally delivered.

It’s that time of week again, as we compile a dream XI of Fantasy Premier League‘s best performing stars.

Throughout the new season we will compile a weekly dream team of the game’s biggest points getters, the player’s who score highest in each game week regardless of price.

Fantasy Premier League Team of the Week for Gameweek 7:

Wolves have endured a difficult start to the new season after last season’s success of securing European football, but got their season back on track with a 2-0 win over fellow strugglers Watford at Molyneux.

It was remarkably the club’s first league win of the new season, with goalkeeper Patricio keeping just a clean sheet of the season. The Portugal international would make five saves to earn an additional point, his performance also earning an additional two bonus points to take his tally to nine.

Crystal Palace goalkeeper Vicente Guaita could also have made our team, having almost accumulated a total of nine points in their 2-0 win over Norwich.

Those loyal managers were rewarded with a bumper score in Gameweek 7, as the full-back got himself on the scoresheet and kept a clean sheet in Wolves’ 2-0 win over Watford.

Doherty’s performance earned him an additional three bonus points, his tally of 15 making him the highest scoring player of the weekend.

Moreover, Wolves’ attack functioned far better with a fully fit Doherty on the wing alongside Adama Traore, which means the Irishman could be a viable option once again.

Doherty gets 15pts in GW7, more than he scored in the first 6 GWs combined#FPL pic.twitter.com/HGVhIZN02m

Back-to-back goals for the flying full-back, who’s stunning solo run and finish opened the scoring in Leicester City‘s 5-0 hammering of Newcastle at the King Power Stadium.

A clean sheet earned the defender a further four points, whilst he also accumulated an extra bonus point following a fine performance from the Portugal international.

Following on from his goal against Tottenham Hotspur last time out, Pereira is now the highest scoring defender in the game on 39 points.

The second Leicester defender to make our team, the Northern Ireland international earned 11 points during the Foxes humiliation of Steve Bruce’s struggling Newcastle United side.

Evans tally was boosted by a clean sheet and an assist, whilst he also earned two bonus points following a solid performance.

Another 11 point total, this time for Chelsea midfielder Jorginho who was the highest scoring midfield player in Gameweek 7.

Restored to penalty duties, the Italy international calmly fired home from the spot for his first goal of the season in Chelsea’s 2-0 win over Brighton.

Costing just £5m, his return as Chelsea’s penalty taker could see his ownership increase in the coming weeks,

That's how to do it. pic.twitter.com/NokD2I1rjm

Another set-piece specialist, Crystal Palace captain Milivojevic continued his fine record from the spot in their 2-0 win over Norwich at Selhurst Park.

The Serbian’s price-tag increase has seen his ownership drop from last season, and Saturday’s strike was just his first of the campaign so far.

The 3.1% of managers currently owning him will be pleased the midfielder finally delivered an impressive points haul, though he is now suspended for next week’s trip to West Ham.

Luka Milivojević has now scored 20 penalties in the Premier League since the start of the 2016/17 campaign, at least eight more than any other player.

And he made his debut in February of that season. ? pic.twitter.com/E4rZvaHQEl

FPL manager’s owning the Liverpool midfielder will have Sheffield United goalkeeper Dean Henderson to thank for their boost, the shot-stopper’s howler allowing Wijnaldum’s volley to sneak in for the only goal of the game at Bramall Lane.

The Dutch international earned an additional two bonus points for his performance in the 1-0 win, a finer return for the 2.3% of managers owning the 28-year-old.

A healthy 10 points for Chelsea’s number 10, who fired home his first goal of the season in their 2-0 win over Brighton at Stamford Bridge.

The Brazil international has failed to score more than two points in any of the opening six fixtures of the new season, but finally got off the mark as Frank Lampard’s side recorded their first home league win of the new season.

Now facing increased competition from the fit against Callum Hudson-Odoi for a starting spot, managers may want to hold off on throwing the winger into their FPL sides.

The Algerian has now delivered 25 points in the past two Gameweeks, marking his return to the Manchester City side with some impressive performances for Pep Guardiola’s side.

Awarded the three bonus points following his showing in the 3-1 win at Everton, Mahrez hit the winner at Goodison Park with a well struck free-kick past the despairing Jordan Pickford.

Guardiola’s rotation policy, evidenced in the past two weeks with the dropping of Raheem Sterling and Sergio Aguero, makes banking on Manchester City players difficult, though Mahrez could perhaps not have done more to warrant a starting spot with his recent showings.

A goal and an assist for the Bournemouth forward, who had VAR to thank for correctly allowing his equaliser against West Ham to stand.

He later turned provider for strike partner Wilson, his contribution rewarded with the three bonus points to take his tally to 12.

The Leicester forward continues to be amongst the Premier League‘s most reliable goal-getters, with a brace in the 5-0 thrashing of Newcastle making it 14 in 17 appearances since Brendan Rodgers arrival as manager.

Vardy’s double took him to a total of 44 points for the season so far, putting him level with the premium priced Harry Kane.

? Vardy has scored 14 goals in 17 games under Rodgers.