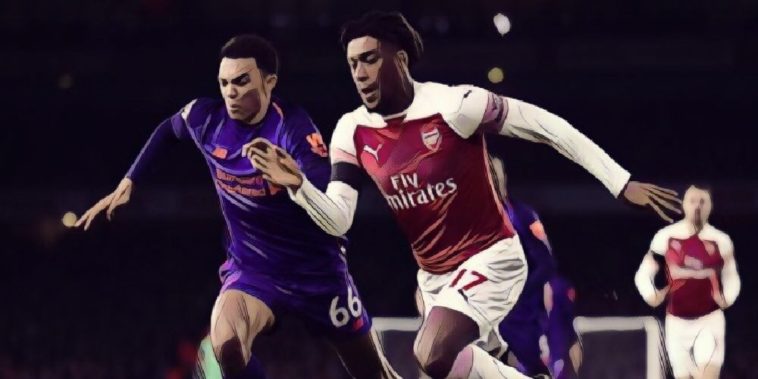 Alex Iwobi has moved to dismiss suggestions he will quit Arsenal should they sign Wilfried Zaha, labelling the reports as ‘fake news and click bait’.

Here at The Football Faithful, we absolutely refuse to get involved with ‘clickbait’ reporting, so it’s great to see Iwobi calling out these mainstream media outlets.

The Sun‘s headline focused on the fact the Arsenal midfielder would consider quitting the Emirates should Zaha arrive from Crystal Palace, using the following quotes from the Nigeria international as a basis for their story, even though he clearly states he wants to ‘fight to play’.

“I am not one to chicken out,” Iwobi said. “I have had it all over the years, being told I’m not good enough.

“So whenever the chance comes I always try and prove I should be starting. But it’s going to be difficult if Zaha comes. He will add more stress.

“Obviously my joy is to play football and not just sit out.

“If it comes to that I would have no choice but to leave. But I would always put up a fight to play – that is what I’ve done all my life.”

However, Iwobi has responded to the headlines, blasting the newspaper for ‘twisting words’. The 23-year-old took to social media to say he is ‘looking forward to the new season’ and hopes Arsenal sign ‘world class players’ this summer.

“Fake news and click bait!” he wrote on Twitter. “I don’t know why some newspapers enjoy twisting words.

“I hope we sign world class players @Arsenal and progress as a team.