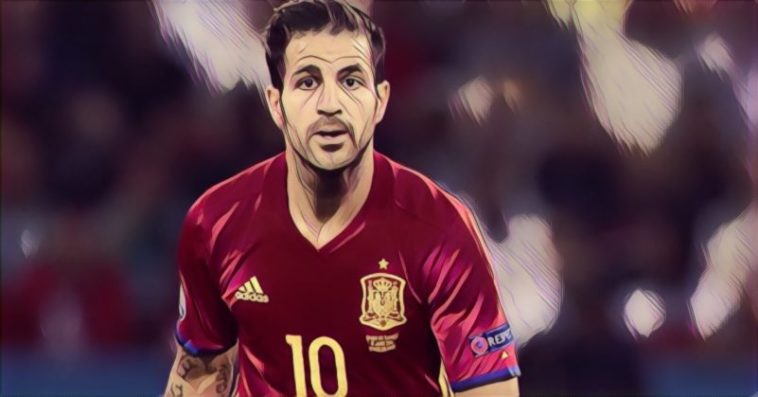 For the first time since 2006, Cesc Fabregas is not representing Spain in a major tournament this summer.

The Chelsea midfielder has been a regular in La Roja squads since he was 18, collecting 110 caps and winning the World Cup in 2010 and the European Championships in 2012.

However, the 31-year-old fell out of favour with recently sacked Spain boss Julen Lopetegui and was not selected in his Country’s squad to travel to Russia this summer.

Instead the former Arsenal and Barcelona player maker has joined the BBC to work as a pundit and when quizzed about his omission, Fabregas explained his lack of regular game time when Antonio Conte took over at Chelsea in the 2016/2017 had had a major impact, but he also revealed that he has not given up hope of representing his Country again.

“When Conte first game to Chelsea I wasn’t playing at all.

“He (Lopetegui) just wanted to try to give opportunities to the younger players who he worked with at the under-21s and under-19s.

“They qualified in style and they deserved their opportunity as well. I just have to wait and keep working.”

Fabregas’ first game on the BBC pundit sofa was yesterday and ironically turned out to be Spain’s epic 3-3 draw with a Cristiano Ronaldo inspired Portugal.