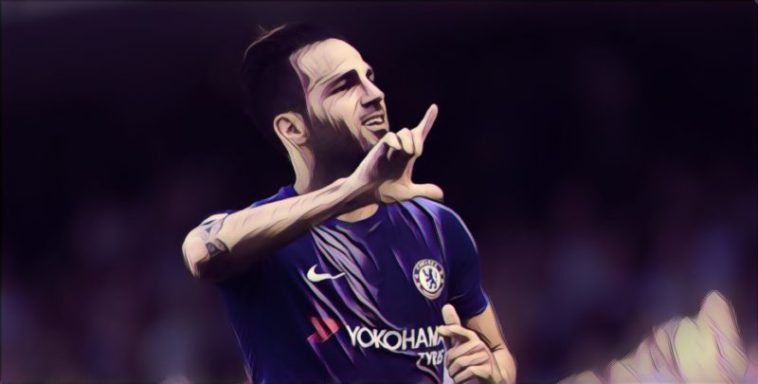 Cesc Fabregas made an emotional farewell to Chelsea today ahead of his proposed move to Monaco.

The 31-year-old captained Chelsea during their 2-0 win over Nottingham Forest at Stamford Bridge today, in what is widely expected to be his final appearances in English Football.

110 cap Spain international Fabregas fluffed his chance of signing off his Chelsea career with a goal when he missed a first half penalty, but a brace of goals from Countryman Alvaro Morata spared his blushes and sees Maurizio Sarri’s side ease through to the fourth round.

Emotional scenes at Stamford Bridge as @cesc4official walks off the field in tears in what is clearly his last game in English football. He’s been a credit to our game. Wonderful footballer and a top bloke. Wish him well. 👏👏

Fabregas made his debut for Arsenal in 2003 as a 16-year-old and went on to captain the North London club before returning to his homeland play for Barcelona 2011.

The talented playmaker would return to English Football in 2014 with Chelsea and won two Premier League titles and the FA Cup with the Blues.

However, he has found his opportunities limited this season under Maurizio Sarri and is now expected to move to Monaco where he will link up with former Arsenal teammate Thierry Henry, who is currently in charge of the Ligue 1 side.

Fabregas leaves English football having made 350 Premier League appearances and sits second in the list of all-time assist makers with 111.