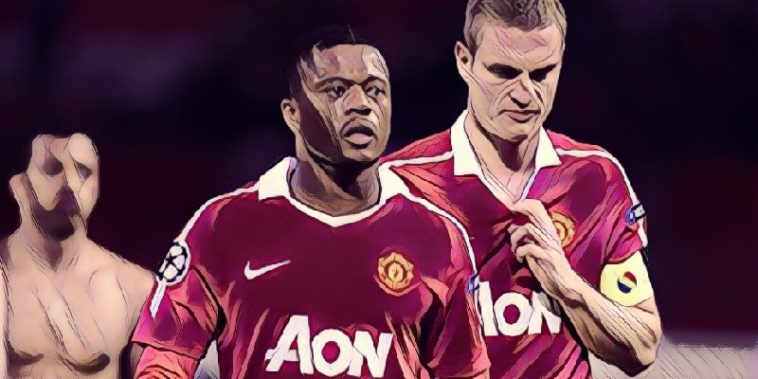 Patrice Evra has taken a break from keeping us all thoroughly entertained with his antics on social media to spend this summer working with as a World Cup pundit with ITV.

During his time at Old Trafford he played with some truly World Class players like Cristiano Ronaldo and Ruud Van Nistelrooy, but the 37-year-old has surprisingly revealed that it was the departure of Swedish striker Henrik Larsson from United that actually upset him the most.

Larsson, who starred for Celtic and Barcelona during his illustrious career, joined United in a six month loan deal during the 2006/07 campaign before returning to Swedish side Helsingborg, and was instrumental in the Red Devils winning the Premier League that season.

“When Henrik came to Manchester United I learnt a lot from him,” said Evra.

“His composure, his calmness, his first touch in the box. He was a massive player for us.

“I think I was one of the players most affected and upset when he left.

“I know he had a personal reason and I would say he is a good guy and he promised something, especially for his family.

“I couldn’t accept it and even now when I see him I say ‘I’m still upset about it’.

“He was such an important player for a short time. If we won the league that year it was because of him.

“So now I will give him my bank details and he can send me the money for all the good things I have said about him.