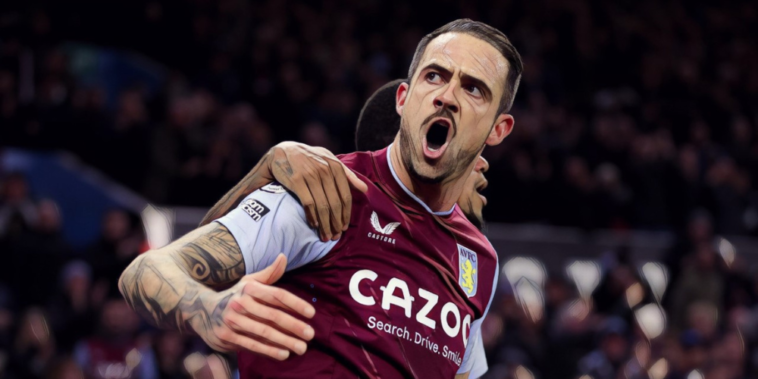 Four Premier League clubs are interested in a deal to sign Danny Ings from Aston Villa this month, with Everton having had a loan offer rejected.

Everton are desperate to bring in a centre-forward this month as Frank Lampard’s side struggle near the bottom of the Premier League table and have approached Villa over taking the former Liverpool striker on loan.

However, Villa have turned down the approach and will only consider a permanent exit for Ings this month. Everton are unable to pursue a permanent deal without offloading players and could miss out on the signing of Ings as several Premier League rivals monitor his situation.

The Daily Mail are reporting that West Ham and Ings’ former clubs Bournemouth and Southampton are all considering moves to sign the 30-year-old.

Ings came through the academy system at Bournemouth and later had the best period of his career at Southampton, for who he scored 41 goals in 91 Premier League appearances before a £20m move to Villa Park.

Ings has struggled to command a regular starting role at Villa and has started just eight league games so far this season. He came off the bench to score an equaliser as Villa drew 1-1 with Wolves on Wednesday evening.

His goal threat could prove invaluable to clubs struggling in the division, with Ings having netted 67 goals in 186 career appearances at Premier League level.