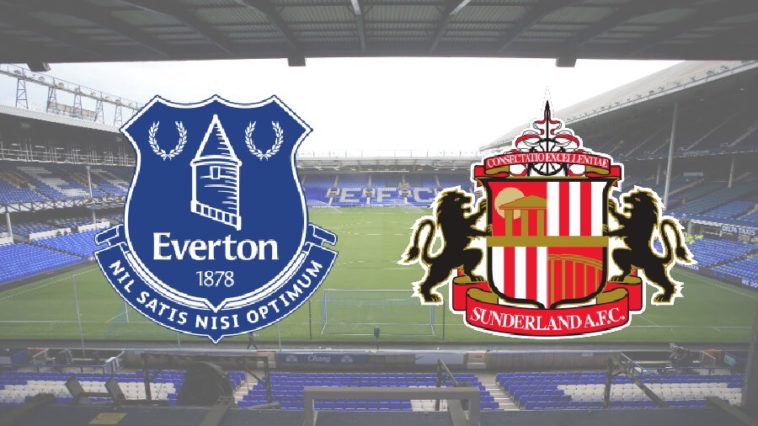 Sunderland certainly face a tough test against Everton at Goodison Park, the Toffees have been in fine form especially Belgian hit man Romelu Lukaku, the big forward has been scoring for fun for Koeman’s Evaerton side.

Sunderland full back Bryan Oviedo and midfield pair Darron Gibson and Jack Rodwell could feature against their former club. Rodwell still has an injury and we’re unsure if he’ll pass a late fitness test. Irishman Gibson could start as could January recruit Oviedo. Former Toffee Steven Pienaar is unlikely to feature in the starting 11.

Sunderland are hopeful that goalkeeper Jordan Pickford will feature after a spell out from November with a knee ligament injury. He has been training and looked sharp on Monday at the open training session. In his pre-match conference Moyes said “I like having the choice of two goalkeepers” however, most Mackems will be disappointed if Mannone starts especially after his howler of a performance against Southampton. Lee Cattermole has suffered a minor setback from his injury as he will be expected to return in about 5 weeks time. Jan Kirchhoff is likely to feature but probably on the substitutes bench or if the German midfielder starts he’s unlikely to play the full 90 minutes. Centre half Papy Djilobodji will serve the last game of his 4 match suspension at Goodison Park.

Everton will more than likely start Spanish goalkeeper Joel Robles instead of Dutchman Stekelenberg, the Spaniard will want to keep his good tun of form up. Much to Sunderland fans’ disappointment Romelu Lukaku has recovered from a minor calf strain and is available for selection. James McCarthy will return from a hamstring problem and Kevin Mirallas will be once again available after suffering a groin strain.

Of course Sunderland’s Scottish gaffer will return to the ground he spent 11 years in charge at. Mackems have some bad memories on the blue half of Merseyside but two seasons ago a victory under Dick Advocaat thanks to goals from Jermain Defoe and Danny Graham’s only goal in a red and white shirt.

Last season, the Wearsiders went home bitterly disappointed with Big Sam’s side losing 6-2 due to Arouna Kone’s treble. The match earlier in the season at the Stadium of Light ended 3-0 to the visitors with Romelu Lukaku making sure all 3 points went back to Merseyside ending a Monday Night Football game with lots of home supporters leaving early.