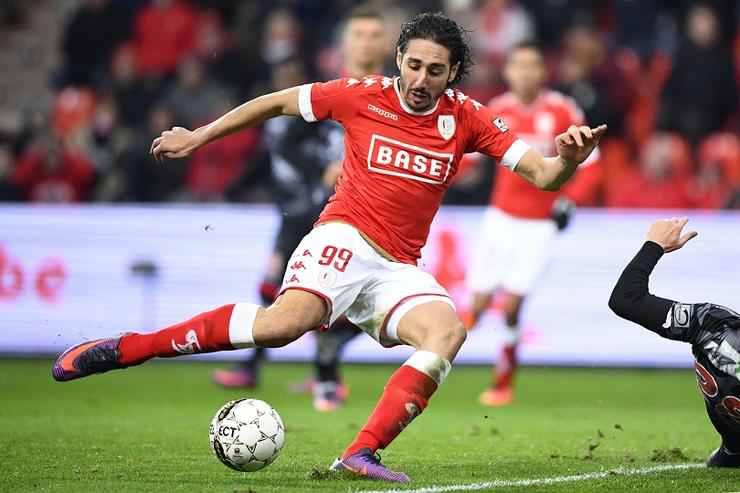 Everton have given up on their efforts to sign Manchester United winger Memphis Depay and Standard Liege striker Ishak Belfodil in this transfer window. It seems deals that saw both players coming to the club have gone cold and the players may look to other options.

Depay, who arrived in France late last night to finalise a move to Lyon, was a target for Ronald Koeman since he admitted an interest in the player in November however it seems interest cooled significantly in Depay since then. Manchester United were demanding somewhere in the region of £20 million for the player who has largely failed in England and Everton, rightfully so, thought that was an unreasonable price for a player with such risk involved. It is suggested that Morgan Schneiderlin was prioritized in the transfer window and was a must have in this window however Memphis was not deemed an absolute must by the Everton management. It is rumored that Depay had agreed personal terms with Everton and the deal was set to be completed however Everton pulled out of the deal as the deal didn’t represent a fair value for the team. With Kevin Mirallas coming into form and Ademola Lookman arriving and starting well it doesn’t seem that spending £20m on a winger was a necessity for the club at this time, especially when there is significant risk involved in the potential success with the player having not adapted to the Premier League thus far.

Another potential reason may be that Ronald Koeman sees his side playing a narrow formation with the wing backs Seamus Coleman and Leighton Baines providing the outlet on the wings instead of out and out wingers. Perhaps Gerard Deulofeu’s potential departure has an impact on whether Depay was deemed a requirement in the squad.

Belfodil was a curious case from the beginning of the rumor. A player who has not exactly set the world on fire with his career so far seemed an odd player to be linked especially with such a big move for upwards of £10 million. It seems that interest has cooled as Everton were given more positive signs in higher profile targets that were perhaps more likely to succeed in the club. The player is said to be distraught with the move collapsing as he felt this was his opportunity to prove himself in a big club again after a failed spell in Italy. However it seems that a history of attitude problems has also played a part in Koeman’s plans as perhaps there was a risk that he may not accept a bit part role that he would undoubtedly have behind main striker Romelu Lukaku.

It seems that Everton are still looking at striking options to give Lukaku a backup but interest all around has cooled on wingers at this moment. Perhaps interest will be reignited in Belfodil later in the window although it seems unlikely. Both Belfodil and Memphis’ links to the club has split fans with neither player giving the feeling of security and giving an upgrade to the squad in the areas that are needed unlike the addition of Morgan Schneiderlin has been unanimously been praised by the fans as a piece of excellent business that give the team a big boost.