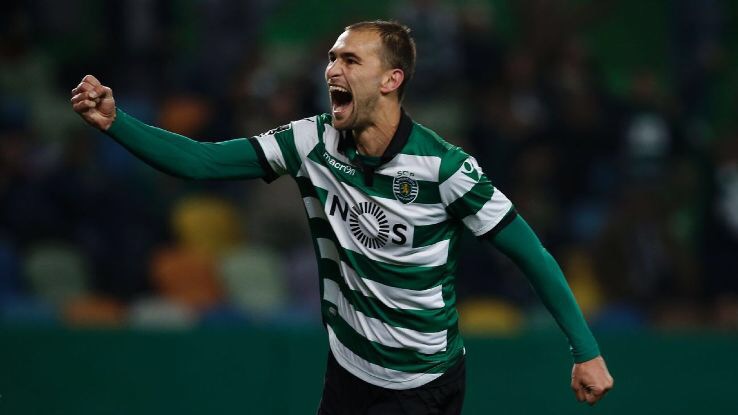 Everton are eyeing up a move for prolific Dutch striker Bas Dost, in an attempt to solve their goalscoring shortage.

Everton have had an absolutely dreadful start to the season, picking up just seven points from their opening seven games, and sit just two places above the relegation zone in 16th position.

Having sold Romelu Lukaku to Manchester United for £75m, the Blues failed to reinvest in the goalscoring department, only signing Spanish youngster Sandro Ramirez for £5m and Wayne Rooney on a free transfer. They have started the season utilising academy graduate Dominic Calvert-Lewin in the main striker role, but the youngster has failed to replace Lukaku’s lost goals.

However, according to ESPN, under fire Everton boss Ronald Koeman is looking to one of his fellow countrymen to solve his goalscoring drought.

Bas Dost has scored an impressive 38 goals in just 41 appearances for Sporting Lisbon since moving from Wolfsburg just over a year ago.

Everton director of football Steve Walsh recently watched the striker in action in Sporting’s Champions League defeat to Barcelona last month, with the striker coming off the bench for the second half.

At 6ft 5′, Dost would fit Koeman’s ideal profile for a tall, strong and prolific goal scorer, having pursued Arsenal striker Olivier Giroud throughout this summer. Giroud has revealed he came very close to moving to Goodison Park this summer but decided to stay and fight for his place at the Emirates.