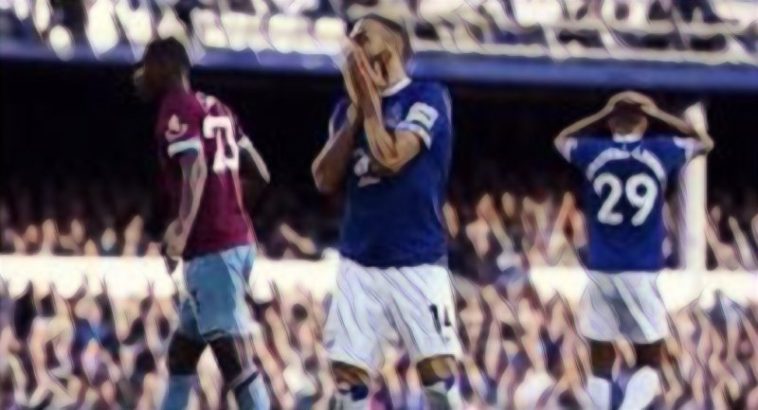 Few will argue that Manual Pellegrini’s West Ham did not deserve their first Premier League victory of the season at Goodison Park, although despite being well below par Everton did miss several excellent chances.

Speaking after the game Silva admitted that his side had massively underperformed.

“We weren’t good enough to win the match, this is clear to me,” Silva told Sky Sports.

“Our first 10 minutes was good, but our first mistake we made – we prepare for our opponent winning the ball and go straight to Arnautovic.

“And at this moment we did not do what we needed to do. We prepared for it, but we made too many mistakes.

“We reacted, but there was a second mistake. We changed the formation and scored to make it 2-1 and got back into the game. But even before we had two clear chances with just the goalkeeper.

“In the second half we developed clear chances – they had three and scored three, we had four or five and scored just one.

“Even without a good performance and some mistakes as well at this level, which you cannot take, I still think we had the clear chance to take a different result.”

Today’s defeat means Everton have now won just one of their opening five Premier League fixture, with the Toffees set to face Arsenal away next weekend.