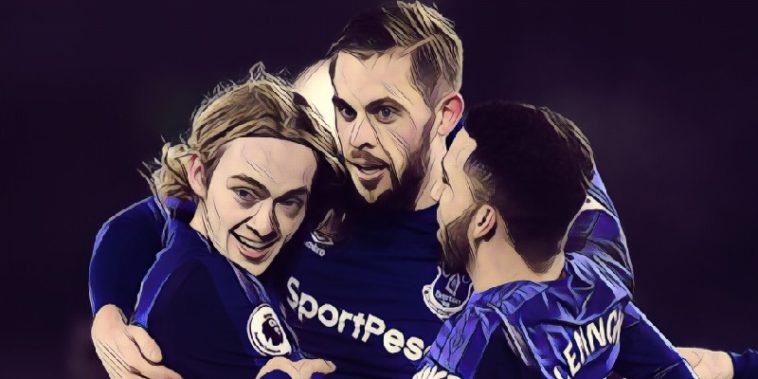 A score line which flattered to deceive, however, Everton got the job done and remain unbeaten under ‘Big Sam’. Here are five things we learned.

When Allardyce took over at Goodison Park the blues were tipped to be in a relegation dogfight for the rest of the season, the difference a couple of weeks can make.

The Blues now sit ninth in the table, ironically above Watford, whose manager Marco Silva was tipped for the job before Allardyce was appointed. On top of that Everton are now just six points behind Tottenham, a team tipped for the top four.

Swansea struggle to spread their wings away from home

Swansea have now lost 19 Premier League away games since the start of last season; more than any other club. In their nine away games so far this season the swans have won just one and drawn two meaning they have won four points out of a possible 27.

On the road Swansea have also only managed to score five goals in nine away games and their defeat against Everton now means they have lost their last six away games in a row.

With Swansea only conceding ten goals away from home it is clear that their offensive play is where all their problems lie. However, with Wilfried Bony going off early against Everton due to an injury and Abraham not being the free-scoring striker he was last season, this may not change anytime soon.

When Everton swapped the departing Romelu Lukaku for the ageing and so-called past it Wayne Rooney many called it awful business, based only on sentimental values.

Although Everton do still miss a player of Lukaku’s quality, Rooney has certainly proven his critics wrong so far this season. Despite a bit of a slow start, Rooney is starting to come into a bit of form for the blues and he has now scored the same amount of league goals as Lukaku this season with 10.

Rooney has now scored in his last three games, with two of his goals proving to be point deciders. On top of that he also moved third into the all-time premier league assists record, overtaking Frank Lampard, with 103 assists after the one he provided for Gylfi Sigurdsson against Swansea.

Swansea now find themselves bottom of the Premier League in what can be a season defining month for some clubs. After touching on their away record separately, their home form isn’t any brighter.

At home the swans have lost six of their nine games, winning two and drawing one in the process, they have also only scored five goals and conceded 14. After only narrowly avoiding relegation last season their current position will be extremely worrying to all of those involved in the club.

Due to the fact that Swansea have scored fewer league goals than any other professional team in England or Wales, and with recent appointments for West Ham and Crystal Palace proving very successful in leading the two clubs away from the drop zone, Clement will surely be worried about where his future lies.

The blues have now received seven penalties in the league already this season, compare this to the amount of penalties they have received in past seasons and it is already joint second highest, with the 2006/07 and 2009/10 seasons being the only ones where the toffees received more with eight.

Everton have also been clinical from the spot recently. Of their last 10 penalties the blues have scored seven of them with the other three being followed up with a rebound, the game against Swansea being an example of that.

In fact, compare Everton’s penalty ratio to the rest of the league and it is heavily in the blues favour. So far in the league 35 penalties have been handed out, seven of them going to Everton. Overall this means Everton have received 20% of the leagues penalties and Allardyce will be hoping luck stays on Everton’s side when Chelsea come to town.