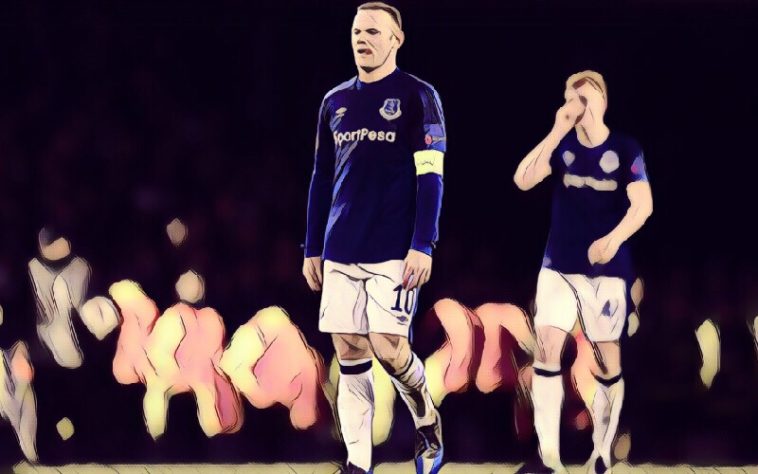 Everton’s last game of the group stage on home soil comes to a crashing end, as more questions are raised about the Blues’ future. Here’s five things we learned.

Everton humiliate themselves in Europe

From beginning to end, there has not been one good thing to say about this years Europa League campaign. The Blues have been awful throughout and Thursday nights result was just one of many humiliating results in the competition.

The result was Everton’s worst ever home defeat in European football. It was also the heaviest home defeat for an English club in the competition since 1996 when Nottingham Forest lost to Bayern Munich with the same score line.

Add to that the fact Atalanta have only won once away from home in 12 European away games in their entire history (1990/91 season), and the extent of this defeat begins to become apparent.

The players and everyone else involved in the club should be ashamed of themselves. We have gone from having serious potential to being an absolute laughing stock and breaking stats for all the wrong reasons.

These stats will now go down in the record books and are irreversible, and no matter what Everton’s future now holds in this competition, we will always be remembered for this shambolic campaign.

Atalanta beating all expectations in Europe

Not many people would have said Atalanta would qualify from Group E, never mind be top of it with one game left. The Italians are currently struggling on the domestic front and find themselves 12th in the table, however, the same cannot be said for their European form.

Everton seem to be their lucky team though as they breezed past the Blues in this game, scoring five of their 12 away goals in this game alone.

Just like they did in the home leg, where they came out 3-0 winners, they humiliated the Blues and exposed the Toffees’ serious flaws.

This is the first time Atalanta have been in Europe for 26 years so for them to qualify from the group and have the chance of possibly topping it is quite the achievement. They have shown that they wouldn’t be the team to settle for third, in a group that was supposedly going to be dominated by Everton and Lyon.

More questions than answers for Everton

The game against Atalanta revealed many of the cracks that have been ignored in recent weeks due to a slight upturn in form.

One of the biggest questions being asked is regarding who the next manager will be and, with all due respect to Unsworth, it is clear he is not the man to take Everton forward at this moment in time.

As much as Everton fans love him, Everton’s current situation is not suitable for a manger with so little experience. It would be wrong to give him the job full time as it could ruin his promising managerial career.

There are also accusations as to whether the Board actually prepared for a new manager to come in. It has now been about a month since Koeman was given the sack and there is still no new manager at the club.

Only recently have Everton made an approach for Marco Silva, which was rejected. It almost seems as though the club didn’t have a serious plan B lined up should Unsworth struggle in the job.

These aren’t the only questions that will likely be left unanswered. Others include who sanctioned the signings in the summer transfer window? Why was a striker not bought in? Why were a centre-half and a left back not bought in? All of the many questions show just how much of a mess the club is currently in.

Thursday’s game was sold as a chance for Davy Klaassen to finally take his chance and show what he’s worth. Klaassen is not getting a look in under Unsworth and this was possibly one of his last chances to force his way back into the starting 11.

It’s safe to say that Klaassen may have sent himself further down the pecking order with his display. A player whose confidence has clearly been shattered, this may have been one of the last times Klaassen will be seen in a blue shirt.

Not winning 50/50’s and constantly making the wrong pass or overhitting it, it’s hard to see what Klaassen offers the team. Once again in this game he looked lost and for someone who captained his former team to the final of this very competition just last season, it is worrying to see his decline.

Klaassen’s final two moves of the game before being substituted tell you all you need to know about his game last night. A failed pass that went out of play and a foul. Unsworth won’t be changing his mind on the Dutchman any time soon.

Atalanta booked themselves a ticket to the knockout stages

With Atalanta winning and the result going their way in the other game, the Italians booked themselves a place in the last 32 of the competition in style.

Brushing aside Everton, Atalanta currently find themselves unbeaten in the group stages and, so far, find themselves top of the group with three wins and two draws to their name. This is something virtually no one expected them to do when Group E was drawn.

Atalanta’s final game is against fellow qualifiers Lyon. The French side are also currently unbeaten and are also on 11 points, meaning it will be a first-place showdown when the two teams meet on the 7th December in the final game of the group.