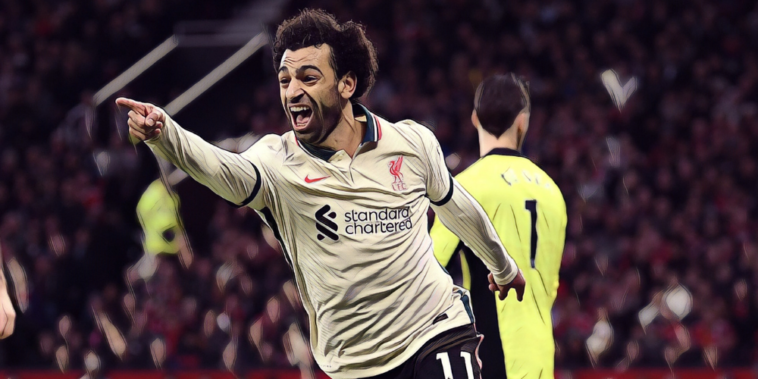 We may have only just scratched the surface of this exciting 2021-22 football season, but already there has been a lot to talk about. Several sackings have been made in Europe’s top divisions, and league tables are beginning to take shape as we edge into November and the thrilling festive period, where form is crucial as games come at you thick and fast.

There are few things football fans love more than a high-scoring thriller, unless your side is on the receiving end of one of course, and luckily, we have already been treated to quite a few drubbings in the opening couple of months of the season — some of which many of you have probably tried to clear from your memory.

Well, sorry if that is the case, because in this article we are going to delve into the archives and take a look back at some of this season’s biggest wins from across Europe. So, let’s get started…

First vs last. Chelsea vs Norwich. It was always going to be a victory for the home side at Stamford Bridge. However, despite being the clear favourites on sites like Betdaq, few would have predicted Daniel Farke’s men getting thrashed 7-0 in London. Mason Mount opened the scoring with a nice strike from outside the box and Callum Hudson-Odoi doubled the hosts’ lead 10 minutes later. Wing backs Reece James and Ben Chilwell then got in on the action with goals either side of half-time before a Max Aarons own goal made it 5-0. With Ben Gibson sent off and the Canaries down to 10 men, Chelsea kept their foot on the gas and Mount converted twice more to round off a resounding 7-0 victory for Thomas Tuchel’s men.

Amazingly, Chelsea’s emphatic victory wasn’t the only big win on gameweek nine of the Premier League, as Liverpool hit their bitter rivals Manchester United for five at Old Trafford. Ole Gunnar Solskjær’s side were an absolute mess defensively as Jürgen Klopp’s men ruthlessly tore them apart. Mohamed Salah slid in Naby Keïta to open the scoring after just five minutes before Diogo Jota made it two 10 minutes later. Salah notched twice on the brink of half-time to leave the Old Trafford faithful red-faced and perhaps even heading for the exit. The fans that didn’t go home during the break certainly would have done when Salah grabbed his hattrick and half-time substitute Paul Pogba was sent off for a nasty tackle on Keïta. It was back-to-back 5-0 league wins for Liverpool after they dispatched of Claudio Ranieri’s Watford by the same scoreline the week before.

Yes, that’s not a typo. Usually the ones winning 5-0, Bayern Munich were embarrassed by Mönchengladbach in the second round of the DFB Pokal. The hosts got off to a dream start, going 1-0 up in the first minute thanks to Kouadio Koné and they probably had to pinch themselves when a Ramy Bensebaini brace gave them a three-goal advantage after just 21 minutes. A quickfire double early in the second half from Breel Embolo made it 5-0. It was Bayern’s biggest defeat since losing 7-1 to Fortuna Düsseldorf in 1978. We imagine Julian Naglesmann would have been seething as he watched on from home after testing positive for Covid-19. The German champions do boast a big victory of their own this season as they beat VfL Bochum 7-0 at the Allianz Arena back in September.

Other big victories include RB Leipzig’s 6-0 win over Hertha Berlin, Real Madrid’s 6-1 victory over Mallorca and Bayern’s 5-0 triumphs over Hertha and Dynamo Kyiv, to name just a few.