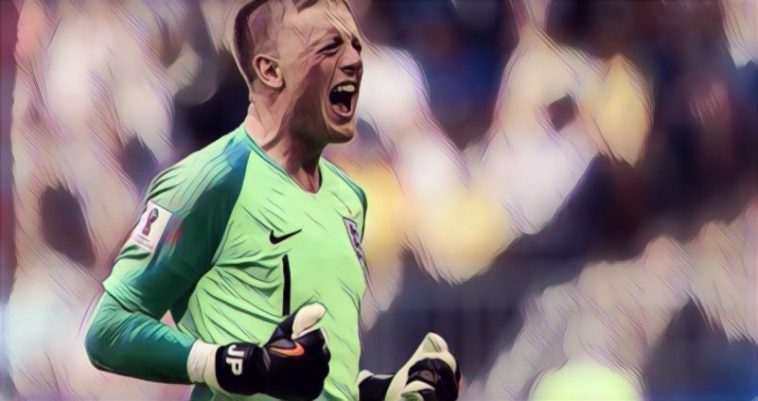 England will play their biggest game since Sir Bobby Robson guided the Three Lions to the World Cup semi-final in 1990, when Gareth Southgate’s men face Croatia on Wednesday night.

However, one man who won’t be letting the magnitude of the occasion get to him is England goalkeeper Jordan Pickford. The Everton number one was excellent during his sides 2-0 quarter-final victory over Sweden, making three top class saves, and after the game the 24-year-old revealed that he will not be getting overawed by the pressure of potentially making it to the World Cup final.

“Nothing fazes me. The pitch is always the same: same lines, same goal height, same game of football,” He said in the post match press conference.

“I just work hard every day in training. That’s why I got a clean sheet tonight. All the saves I make in training are for showcasing them on a match day.

“I never put myself under any pressure. I embrace the moment.

“The [MOTM] award will go on my mantelpiece, that one. It’s about performing and getting better, and the more games you play the better you become. I feel this performance has put me in good stead.”

Pickford had come in for some criticism for his performance during England’s 1-0 loss to Belgium in the group stages, although he admitted that he simply uses criticism as motivation to improve.

“Criticism doesn’t affect me. It makes me even better,” he added.

“I always enjoy my football. Going out on the big stage makes it even better.”