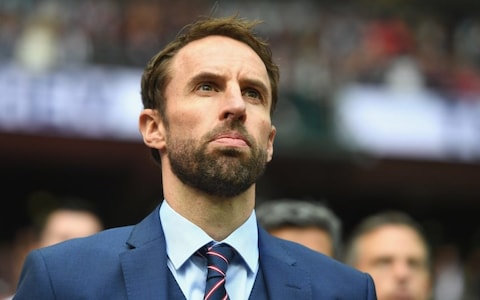 After numerous withdrawals from the England squad Gareth Southgate has found his options limited. How many of this squad have what it takes to play for England?

Since England manager, Gareth Southgate, announced his squad for the friendlies against Germany and Brazil – seven players have withdrawn.

Those to have withdrawn are Tottenham trio Kane, Alli and Winks, City duo Sterling & Delph and Liverpool’s Henderson. Jack Butland has since pulled out after breaking bad his finger in training. As a replacement, Southgate has called up Burnley’s Jack Cork, West Brom’s Jake Livermore and Everton’s Michael Keane.

Southgate had the opportunity to call up England regulars Sturridge, Oxlade-Chamberlain and Smalling. However, their omission was a message from the England manager that they must be playing regularly to get a call-up. Therefore, perhaps fearing the wrath of the media, Southgate has chosen not to go back on his word.

One of the few areas that England have a plethora of options is in goal. Hart, Butland, Pickford, Foster, Forster and Heaton all have a case for being included in the 2018 World Cup squad. However, it’s a different story elsewhere on the pitch.

Outside of Jones, Stones and Cahill England have few players deserving to start at centre back. Maguire and Keane offer underwhelming cover whilst potential England debutant Joe Gomez has minimal top-level experience at centre back.

Midfield may be the biggest issue for England though. Jordan Henderson is usually one of the first names on the team sheet, but not because of outstanding quality. The sheer lack of depth is worrying. With Henderson injured and Wilshere once again overlooked – Dier, Livermore, Loftus-Cheek and Cork comprise England’s midfield.

Despite Southgate claiming his squad must be playing regularly at club-level to get a call up he found space for Manchester United’s Jesse Lingard. Lingard is one part of an uninspiring forward line that includes the likes of Young and Abraham.

Who has what it takes to play for England?

Now that England have qualified for the World Cup they can begin by preparing the players for the tournament. Unfortunately, numerous key players have already withdrawn through ‘injury’. It seems like more than coincidence that all those to have withdrawn play for the bigger clubs. With Harry Kane already being passed fit for after the international break that raises further suspicions.

Whilst England’s rivals prepare rigorously for the World Cup, England are pandering to the big clubs. The only upside for England is that it gives Southgate a chance to experiment with those players that have an outside chance of making the World Cup squad.

In the past players like Gomez, Lingard, Livermore, Loftus-Cheek, Cork and Abraham probably wouldn’t have found themselves in the senior England squad. However, with the talent pool so shallow Southgate has no choice but to call-up players that may never become England regulars never mind stars.

For those just mentioned, the upcoming friendlies against Germany and Brazil give them a big opportunity to impress. Some of them may never find themselves in an England squad again so must show they have what it takes to play for England.

The pressure is also on Southgate, if he wastes this chance to experiment it may be to England’s detriment in the future.

In 2014, England arrived at the World Cup still not knowing who their best team was. Southgate must use these matches to determine who should be starting next summer and over the coming months blend them with the established regulars such as Kane, Alli and Henderson.

Who do you think should be in the England squad to Russia? Leave us a comment below

They’ve had a squad selection crisis ever since 1966 owing to the fact that they are garbage. They just don’t know or won’t admit it!