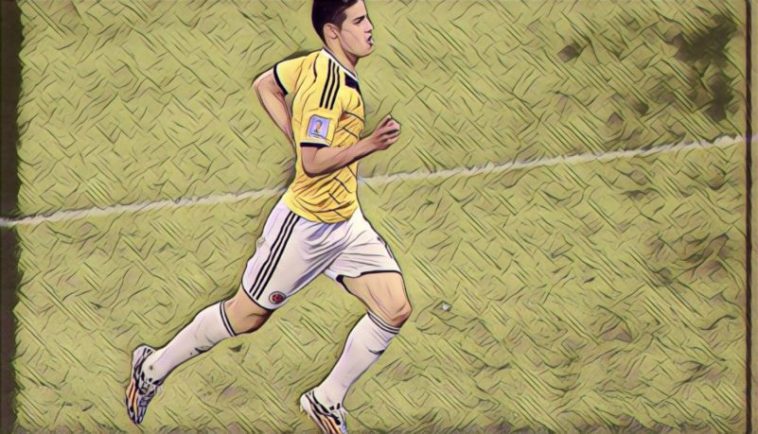 England have been handed a boost ahead of their World Cup last sixteen tie against Colombia with the news that the South American sides star player, James Rodriguez, is struggling to be fit for the match in the Spartak Stadium in Moscow.

The Bayern Munich star had been struggling with a calf injury heading into the tournament and was only able to take a place on the bench for his country’s opening fixture – a 2-1 loss to Japan.

However, the 26-year-old returned to the starting XI and was superb in Colombia’s 3-0 victory against Poland, but he was then forced to limp off in their final game, a 1-0 win against Senegal that saw the South Americans finish as Group E winners.

Now Colombia boss has confirmed that he is concerned about the fitness of James, who finished the 2014 World Cup in Brazil as the tournaments top scorer.

“What I can say is I’m extremely concerned, it’s a very tough situation for my team,” Pekerman said.

“I didn’t want to address this in comments because it seems one of these topics [that] can overshadow everything else.

“In the last Poland match James felt fatigue but it was only fatigue and that was due to him not being present in the previous match.

“He trained normally for us until yesterday, he stayed on afterwards practicing finishing, free-kicks, penalties. He was fully fit in training and in the last training session there was no hint of any injury but right now I don’t know where he stands, to be honest.”

“At the moment I don’t have that information.

“I cannot confirm or deny anything, we’ll have to wait and see.

“We do hope that we’ll hear good news after he’s gone for his check-up and we’ll get a clear idea of what happened.

“What we’re trying to do now is think about what we need to do going forward.”