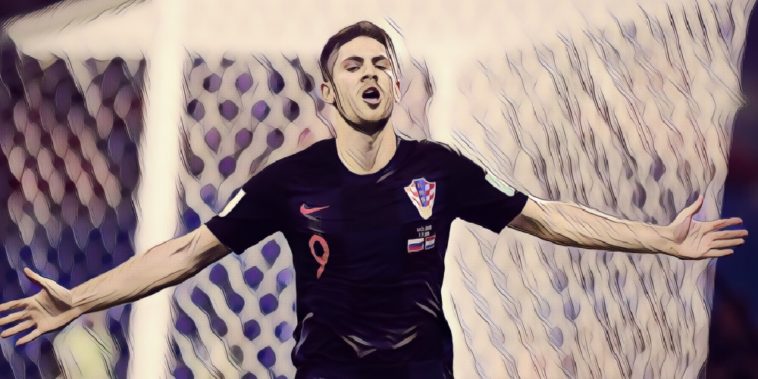 It is one of the biggest weeks of both England and Croatia’s modern footballing history, as the two nations battle it out for a place in the World Cup final.

England go into the game having last made the World Cup semi finals back in 1990, while Croatia made the same stage eight years later at France ‘98, interestingly their first ever appearance at a World Cup following the breakup of Yugoslavia.

While neither team went over to Russia as one of the pre-tournament favourites, they have both taken advantage of a favourable draw as well as putting in some decent team performances on their way.

However with the game less than 48 hours away, former Leicester City striker Andrej Kramaric has declared that England are the favourites:

“England are one of the favourites for me because they have a young, hungry team,” he said in a pre match press conference.

“They don’t have any international movie stars in the team. Jamie [Vardy] is a great guy. We were together as part of that magnificent story at Leicester and I will remember that always.”

Kramaric now plays for Bundesliga side Hoffenheim, where he has played for the last two-and-a-half years, having spent 12 months at Leicester. He failed to breakthrough into the Foxes squad on their way to winning the Premier League title in 2016. However, he says he has fond memories of his time over in England:

“My story in England is a great story for me. It was my first time outside of Croatia and everything was really new.

“It turned out that I didn’t play that much. It was hard to get in the team because they were playing so well and no coach wants to change a winning team. However, when it comes to Croatia and this World Cup I do hope to be talking about it for years.”