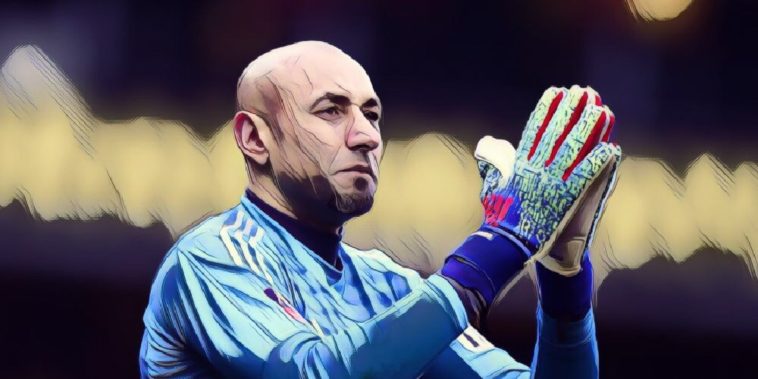 Heurelho Gomes has hailed the ‘sensational’ reception at Vicarage Road after playing what could be his final game for Watford at the ground.

The veteran goalkeeper made a rare appearance as Watford advanced to the FA Cup semi-finals with a 2-1 win over Crystal Palace, and with the 38-year-old set to retire at the end of the season, Gomes admitted he found the occasion ’emotional’ after five years with the club.

Goals from Andre Gray and Etienne Capoue booked Watford’s spot in the last four, and Gomes is eyeing one last shot at glory before hanging up his gloves.

The Brazilian has been at Vicarage Road since arriving from Tottenham in 2014, and was full of praise for the reception he received from the home fans.

“It was amazing today – it was emotional to be honest.

“It has been a great five years here. I am 99% sure I will retire at the end of the season but still 1% I haven’t decided, but that is what I plan for from two or three years ago. I am 38 so I think it is the end of my career here.”

Heurelho Gomes bids what looks like an emotional and final farewell to Vicarage Road, and it just got very dusty in here. pic.twitter.com/EPYuv7Ggof