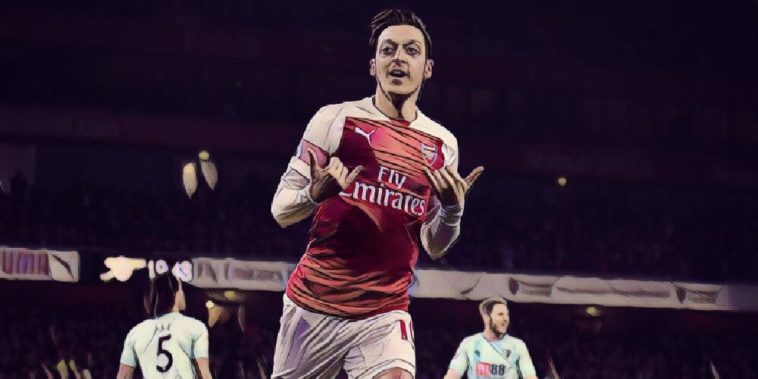 Unai Emery has refused to comment on whether Mesut Ozil will start in this weekend’s North London Derby despite his impressive performance against Bournemouth.

Despite Arsenal making Ozil the most highly paid player in their history 12 months ago, the former Germany international has found opportunities hard to come by under Unai Emery, who has afforded him just 14 starts in the Premier League.

There have been plenty of criticism’s about the 30-year-old’s work rate, although there have never been any questions over his quality, and he scored a fine goal before providing an assist in the 5-1 win over Bournemouth in midweek.

However, with the Gunners facing Spurs in the North London Derby on Sunday lunchtime in a game which could have huge repercussions on a number of teams top four hopes, Unai Emery refused to answer whether he will start at Wembley.

“We are doing a plan for a lot of matches and each match is different,” Emery said in his pre-match press conference

“Home and away, it depends on the position and how we are in each moment.

“The most important thing for me is if the player can be OK for tomorrow and has the desire to play.

“I think Mesut has this if we decided to play him tomorrow. He has had injuries, including to his back, and has been sick.

“I have spoken with him and told [him] that when he can be consistent and is training, and has confidence to play matches, it is better for us.”