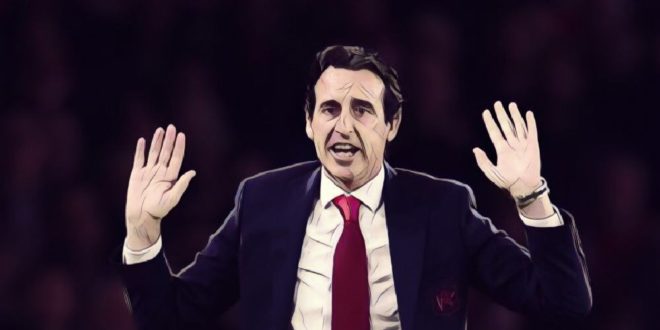 Report: Arsenal will only give Emery £40 million to spend this summer

Unai Emery won’t have too much money to spend in the summer transfer window to bolster his struggling Arsenal side.

The Gunners are setting their transfer spending limit at £40m, according to a report in the Mirror.

Arsenal spent no money in the January transfer window, restricting themselves to loan deals only, and the transfer budget is likely to be only a fraction of what their main rivals will have to spend in the next window.

Denis Suarez was loaned in from Barcelona last month with an option to buy, but his price tag would take up almost half of the budget alone.

Arsenal claim they are restricted by Financial Fair Play, meaning their only recourse of action is to sell players in order to generate funds, but with an injury crisis in their defence, the club are unlikely to do so.

The club could look for inspiration from their North London rivals Spurs, who have consistently performed above and beyond the sum of their parts despite spending nothing in the last two transfer windows.