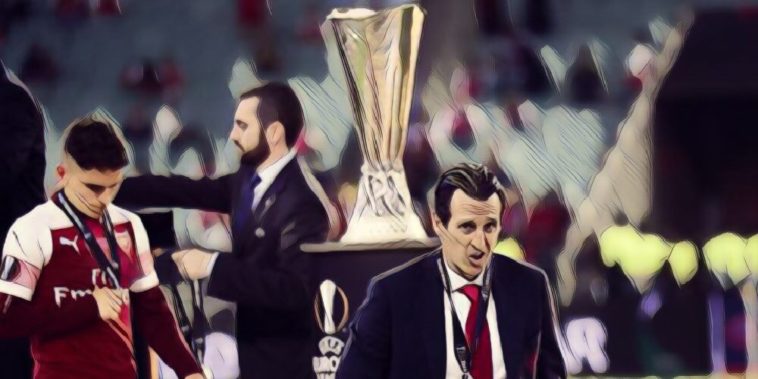 Unai Emery has admitted that Chelsea were deserving winners of the 2018/19 Europa League after they put his Arsenal side to the sword with a 4-1 win in Baku.

Hopes were high that Unai Emery could once again weave his Europa League magic, with the Spaniard previously winning the competition in three successive seasons with Sevilla.

However, after a largely uneventful first half, Arsenal‘s hopes of claiming their first European trophy since 1994, and subsequently secure their place in next season’s Champions League, were very quickly dashed in the opening exchanges of the second period.

Olivier Giroud found the net against his former club with a fine diving header, before Pedro and Eden Hazard quickly made it 3-0 with 25 minutes to play.

“First is congratulations to Chelsea. In the first half we played with good opportunities to take a good result. We got to the box with good options and chances to score but the first goal changed the game,” Emery told BT Sport.

“We tried to stay in the match but their second goal made it difficult for us. It was going better for them and when we wanted to do something, we couldn’t find what we needed to score. They deserved to win.”

See also: Keown: It hurts that Arsenal are not in the Champions League