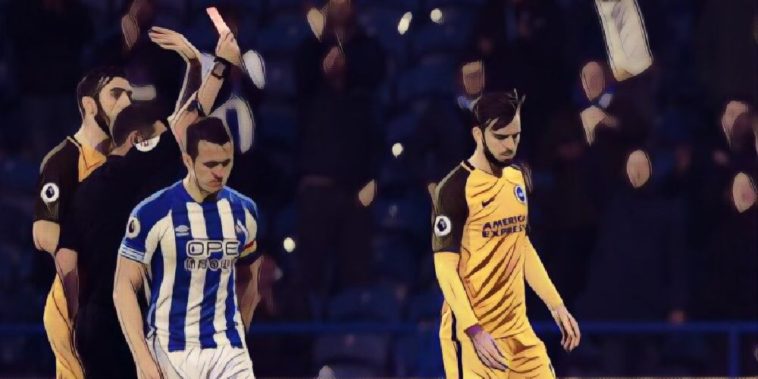 Brighton & Hove Albion came from behind to beat ten-man Huddersfield Town at the John Smith’s Stadium in the Premier League on Saturday.

Huddersfield went in front after a goal from Zanka within the first minute of the game but Shane Duffy equalised just before the break.

The Terriers were already down to ten men after Steve Mounie received his marching orders for a bad tackle after 32 minutes.

Irish international Shane Duffy admitted that Brighton could consider themselves lucky to come away with all three points after a difficult game.

“We knew it would be tough and the start wasn’t ideal but it was good to come away with three points,” Duffy told the BBC.

“I timed the header perfectly. It is difficult but I think Yves Bissouma just gets there in front of Steve Mounie. That obviously killed their gameplan but we were better than last week and that was pleasing,” said Duffy.

“There were small margins in this game which went for us. Over the season it works out both ways. Maybe we were a little lucky today but after the second-half performance, we deserved three points.”

Brighton face Crystal Palace at the Amex Stadium on Tuesday night and Chris Hughton’s side will go into the game as favourites after four wins in their last seven league games.

“It is a big week. We knew we had three games we thought we could win. That’s one off the board and we go into the next game hoping to pick up another three points,” Duffy added.