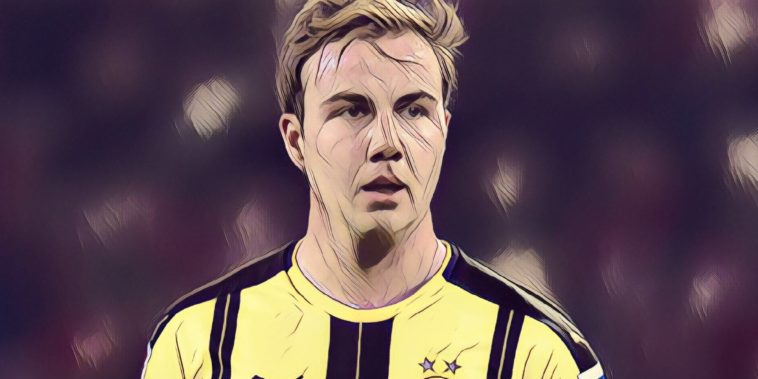 Borussia Dortmund playmaker Mario Gotze has revealed he would be interested in a move to Liverpool to be reunited with Jurgen Klopp.

The German spent a number of years working with his fellow compatriot during their time together at the Westfalenstadion, with the pair helping to guide Dortmund to two Bundesliga titles in 2011 and 2012, and to the Champions League final in 2013 in what was a rich period of success for the club.

Gotze was however just one of a number of BVB’s best players to eventually be cherry picked by German giants Bayern Munich, where he would spend three years, as well as scoring the winning goal in the 2014 World Cup final in Brazil for Germany.

He returned to Dortmund in 2016, but has now revealed that his former boss Klopp also tried to lure him to Liverpool, and while he chose his former club at the time, hasn’t ruled out the possibility of moving to Anfield in the future:

“I decided to leave Bayern and Jurgen Klopp was interested in getting me to Liverpool. And I was also interested in working with him again,” Gotze said in the DAZN documentary ‘Being Mario Gotze’.

“It’s still existing. He is a world-class coach and that’s why it’s always an option. I decided to join Borussia Dortmund, but it was not a decision against Liverpool or Jurgen Klopp. But on the contrary.”

While there haven’t been any reports of an interest in Gotze this summer, Liverpool have been linked with Nabil Fekir. However, despite the deal having seemed done, French side Lyon have sensationally announced they have ended negotiations with Liverpool.

Could Gotze be an option as an alternative? Leave a comment below.