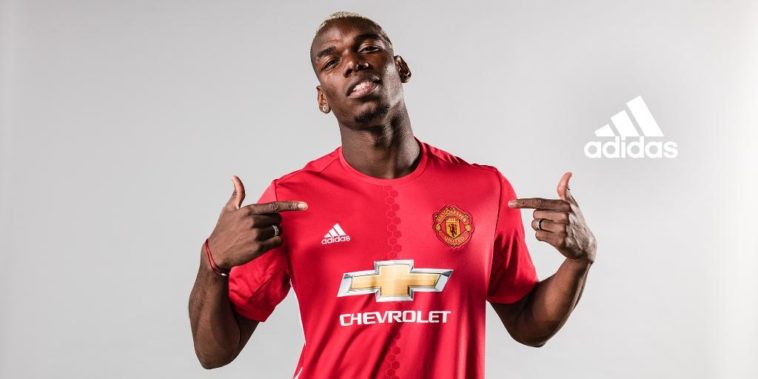 Manchester United have confirmed the signing of Paul Pogba in a World Record £89million transfer from Serie A club, Juventus.

The transfer fee is £3million more than the £86million that Real Madrid spent on Gareth Bale three-years ago, although Manchester United are believed to have splashed in excess of £15million in agents fee’s to Pogba’s representative Mino Raiola who helped broker the deal.

The 23-year old midfielder has returned to Old Trafford four-years after deciding to away due to a lack of match action under Sir Alex Ferguson.

I am delighted to rejoin United.

It has always been a club with a special place in my heart and I am really looking forward to working with Jose Mourinho. I have thoroughly enjoyed my time at Juventus and have some fantastic memories of a great club with players that I count as friends.

But I feel the time is right to go back to Old Trafford. I always enjoyed playing in front of the fans and can’t wait to make my contribution to the team.

This is the right club for me to achieve everything I hope to in the game.

The French midfielder has signed a five-year deal, with an option to extend for a further year, and becomes Jose Mourinho’s fourth summer signing, following the arrivals of Eric Bailly, Henrikh Mkhitaryan and Zlatan Ibrahimovic.